Iraqi forces have launched a ground offensive to retake a key area held by the Islamic State of Iraq and the Levant (ISIL, also known as ISIS) in the northern part of the country, Prime Minister Haider al-Abadi said.

“You either surrender, or die”, Abadi said in a televised speech announcing the operation early on Sunday.

He was addressing ISIL fighters, who have been in control of the city since 2014.

Tal Afar and the surrounding area are among the last pockets of ISIL-held territory in Iraq after victory was declared in Mosul, the country’s second-largest city.

Iraqi officials believe there are between 1,400 and 1,600 ISIL fighters in the Tal Afar area, including many foreign fighters, according to Iraqi Brigadier General Yahia Rasool who spoke through an interpreter on Saturday.

“I don’t think it will be tougher than the battle of Mosul,” he told reporters.

A US-led coalition is providing air support to the Iraqi troops. In recent days, it has been carrying out dozens of air attacks on Tal Afar, targeting weapons depots and command centres.

Tal Afar is west of Mosul and about 150km east of the Syrian border, sitting along a major road that was a key ISIL supply route.

Hours before Abadi’s announcement, the Iraqi air force dropped leaflets over the city, telling the population to take precautions.

“Prepare yourself, the battle is imminent, and victory is coming,” they read.

Matthew Glanville, a military analyst who had formerly advised the Iraqi government, said ISIL has “no hope of winning this battle”.

“Their aim will be to draw out the battle as long as possible and inflict maximum casualties on the Iraqi government,” he said, adding that fighters may use improvised bombs and use civilians as hostages to slow the battle.

Retired US General Mark Kimmitt said that while retaking Tal Afar would be an “important milestone”, it would not mean final days for ISIL.

“We’re not looking at the final days of ISIS, either in Iraq or in Syria, or outside of those countries,” Kimmitt told Al Jazeera. “It still remains a very, very potent force, not only in the self-proclaimed caliphate, but we continue to see ISIS-inspired attacks in places such as Barcelona and elsewhere.”

Thousands of Iraqis have fled to Iraq’s Kurdish region as preparations of the offensive continued.

The Norwegian Refugee Council said on Saturday that refugees near the northern city of Tal Afar were facing harsh conditions and were being stopped by authorities to the east of Mosul and the Kurdish areas as they tried to flee the fighting.

“It’s very hard for them to move through,” Melany Markham, a spokeswoman for the humanitarian group, told Al Jazeera, adding that one transit site was already at full capacity, and could not take more refugees.

She said that temperatures in the height of summer of between 45 and 50 degrees Celcius make journeys even more challenging.

Markham said that while their transit site in Hammam al-Alil is full, other camps such as in Khazar, west of the Kurdish city of Erbil, could accommodate up to 40,000 refugees.

An estimated 50,000 people have fled the areas surrounding Tal Afar since April, and at least 50,000 more could flee in the coming days and weeks, according to aid groups.

That number is in addition to the estimated one million refugees who have fled Mosul. 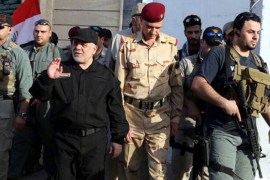 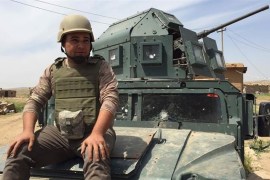 What is it like to be a fixer in Iraq?

Fixers face a raft of dangers and get little credit for helping journalists to report on the devastation of war.