A Canadian pastor who was imprisoned for more than two years in North Korea has arrived back home.

Hyeon Soo Lim was serving a life sentence of hard labour in North Korea for alleged anti-state activities, but was released last week on what the North Korean government described as sick bail.

Hyeon’s release came nearly two months after US college student Otto Warmbier died shortly after he was released from North Korea in a coma. Warmbier had been sentenced to 15 years of hard labour in March 2016 after being accused of stealing a propaganda poster.

His son, James Lim, said it was surreal to see him again on Saturday after living in fear over what might happen to him.

James Lim said his father was resting at home and looked forward to going to his church’s Sunday service and meeting with the community after so long.

Hyeon Lim, a 62-year-old South Korean-born Canadian citizen, was convicted and sentenced in 2015 for allegedly trying to use religion to destroy the North Korean system and helping US and South Korean authorities lure and abduct North Korean citizens.

South Korea, the United States and others often accuse North Korea of using foreign detainees to wrest diplomatic concessions, and foreigners have said after their release that their declarations of guilt were coerced while in North Korean custody.

Hyeon Lim is pastor at the Light Korean Presbyterian Church in Toronto. His supporters have said he was on a humanitarian mission to North Korea when he was detained.

Canada does not have diplomatic offices in Pyongyang and relies on Sweden to handle consular issues. 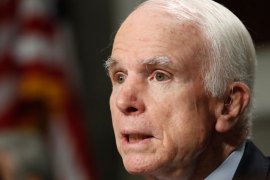 Chairman of Armed Services Committee, John McCain, says US should not ‘tolerate murder of citizens by hostile powers’. 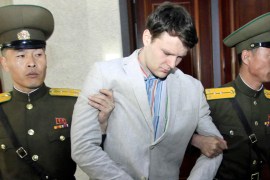