Once again, parts of northeastern India, along with Nepal, Bhutan, and Bangladesh, are facing more flooding as monsoon rain threatens to cause the rivers in the region to overflow.

The intensity of the rainfall in recent days has been remarkable, even by monsoon standards. In Pasighat, Arunachal Pradesh, 1,213 millimetres of rain have fallen in the last four days. For comparison, that’s three times as much rain as falls in Madrid in a whole year.

Other notable rainfall totals include Shillong, the capital of Meghalaya state with 478mm in the last two days; Rangamati, in southeastern Bangladesh has had 303mm in the last 24 hours; and Simra, in Bihar state, has seen 316mm in the last 48 hours.

Apart from the immediate flooding, as drains are overwhelmed by the rain that has fallen, there are concerns about rising river levels in the region.

The Brahmaputra and its tributaries in Arunachal Pradesh, Assam and Meghalaya are all likely to rise in the coming days and there are fears there could be a repeat of the flooding that devastated the area in July.

Then, the Brahmaputra overflowed, affecting the states of Assam, Arunachal Pradesh, Nagaland, and Manipur. At least 85 people died and 500,000 were left homeless.

The history of this river is one of change. The earthquake of 1762 caused the river’s course to change from east of Dhaka to 150km to the west.

More recently, the flow of the Brahmaputra changed radically following the earthquake of 1950. Huge amounts of sediment were deposited in the river, which caused its flow rate to change, making flooding more likely.

Changing land use, including deforestation, along with population growth have combined to make the risk of deadly flooding an almost annual event.

Comparisons can be made with India’s neighbour, China. India, whose population is due to overtake that of China by 2022, faces the challenge of controlling its rivers in order to prevent the death, devastation, and disruption to the economy, which has become all too common.

China also faces the problem of controlling its rivers after summer monsoon rain. In 1931, flooding along the Yellow River is believed to have killed as many as 400,000 people. Efforts to control the flow of The Yellow River, along with the Yangtze River to the north, and the Pearl River to the south have resulted in a dramatic reduction in loss of life.

Flooding deaths across China have fallen from 8,571 in the 1950s to 1,554 in the 2000s. The Three Gorges Dam is one example of China’s commitment to controlling the flow of its mighty rivers.

The challenge for India is similar, especially as more heavy rain is expected in the coming days, and the government is predicting unprecedented levels on the Brahmaputra until August 20. 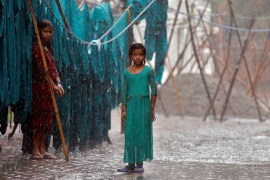 Heavy rains have displaced thousands in northeastern Assam state, with no letup in the deluge, officials say. 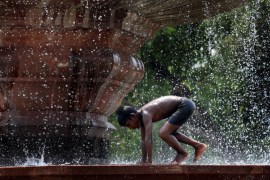