Human Rights Watch has called on Saudi Arabia to explain whether its former crown prince has been under house arrest since he was overthrown last month.

The international rights advocacy group has called on Saudi Arabia to clarify immediately whether there are restrictions on the movements of Mohammad bin Nayef Al Saud .

HRW made the demand in a letter to Adel al-Jubeir, Saudi Arabia’s foreign minister.

She said that if the report of his restriction is true, it would be “ironic given [Nayef’s] role in imposing similar arbitrary restrictions on thousands of Saudis”.

So what exactly are the travel restrictions on former crown prince Mohammad bin Nayef?
Saudis owe us an explanation. https://t.co/JWhz6ESZw5 pic.twitter.com/w9urDYYJgZ

During Nayef’s tenure as interior minister, the ministry allegedly detained and harassed Saudis who expressed views on politics, religion and society that were not in line with the government’s.

On Monday, King Salman appointed Crown Prince Mohammed bin Salman to run the country’s affairs while he was on holiday.

HRW said it has documented Saudi Arabia’s “rampant use of arbitrary travel bans and detentions of Saudis over the years”.

It said that in many cases the Saudi interior ministry did not inform citizens that they were on a travel ban list or the reasons for the restrictions.

Some learned when they attempted to travel abroad.

The ban prevented her from travelling to Brussels for a human rights event where she had planned to champion the release of her then husband, Waleed Abu al-Khair, who is serving a 15-year prison sentence for his human rights work.

Badawi was arrested and later released in January for her alleged role in managing a social media account campaigning for the release of her husband. 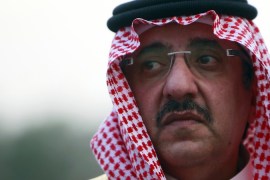 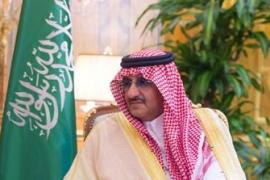