Four Arab nations that have imposed a blockade on Qatar for its alleged support for “terrorism” have issued a statement saying that Doha’s response to their demands to end the crisis was “not serious”.

Wednesday’s statement came after foreign ministers from Egypt, Saudi Arabia, the United Arab Emirates and Bahrain — the Arab states involved in the dispute with Qatar — met in Egypt’s capital after receiving Doha’s response to their list of demands.

Egyptian Foreign Minister Sameh Shoukry told reporters at a joint news conference in Cairo that Qatar’s response was “generally negative” and failed to “lay the foundation for Qatar’s reversal of the policies it pursues”.

He also described Doha’s response as a “position that reflects a failure to realise the gravity of the situation”.

“We hope wisdom will prevail and Qatar will eventually make the right decisions,” Shoukry added.

On his turn, the Saudi foreign minister told reporters that further steps against Qatar would be taken at the appropriate time and will be in line with international law.

Adel al-Jubeir said that the political and economic boycott will remain until Qatar changes its policies for the better.

“The embargo will remain in place until Qatar rectifies its policies,” he said.

“In respect to future measures, we are in constant communication. We are states of sovereignties and we have the right to take any measures in line with international law.”

The Emirati Foreign Minister Abdullah bin Zayed Al Nahyan was more belligerent in his criticism of Qatar, saying it is only interested in “destruction, incitement, extremism and terrorism” – accusations that Doha has strongly denied.

“It was long on slogan and very short on details, or anything of substance,” Bishara said.

Earlier on Wednesday, the Saudi foreign ministry said they had received Qatar’s response to their demands – which include Doha ending support for the Muslim Brotherhood and closing Al Jazeera Media Network – and would respond “at the right time”.

The countries issued the 13-point list of demands on June 22, giving Qatar 10 days to respond.

That period was then extended to Wednesday at the request of Kuwait, which is mediating in the crisis.

The contents of Qatar’s response submitted on Monday have not been disclosed, but earlier Foreign Minister Sheikh Mohammed bin Abdulrahman Al Thani said the list of demands “is unrealistic and is not actionable”.

On Wednesday, Mohammed bin Abdulrahman called for a dialogue to resolve the impasse.

Qatar has denied any support for “extremism” and accused the countries of seeking to infringe on its sovereignty.

The other demands include Qatar downgrading ties with Iran – Saudi Arabia’s regional rival – and shutting down a Turkish military base in the emirate. 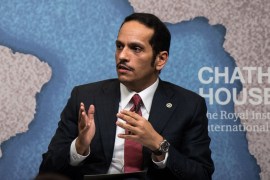 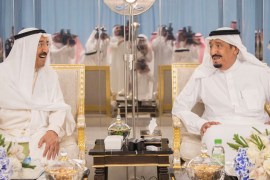