A conflict between Venezuelan President Nicolas Maduro’s government and his increasingly defiant Prosecutor General Luisa Ortega came to a head on Tuesday as she refused to attend a Supreme Tribunal hearing on whether to lift her immunity from being tried for unspecified irregularities.

Ortega argued the outcome of Tuesday’s hearing was a foregone conclusion decided by the government that violates her legal right to defence and due process.

Luisa Ortega faced imminent suspension after her move cranked up the tension in a standoff with President Nicolas Maduro, who is resisting fierce opposition calls to quit.

Ortega, 59, is the most senior figure to defy Maduro as he fends off efforts to remove him from power in the volatile oil-exporting nation.

“I am not going condone a circus that will stain our history with shame and pain and whose decision is foretold,” Ortega told a news conference at the public prosecution department.

“I have committed no crime nor errors and I am not going to submit to this unconstitutional and illegitimate court,” she added. “We already know that today I will be removed from my post.”

Ortega’s stand has raised the prospect of a split in the government camp that could tip the balance in a power struggle. Three months of unrest have left 90 people dead, prosecutors say.

Protesters blame Maduro, a socialist, for a desperate economic crisis. He says the chaos is the result of a US-backed conspiracy.

Ortega launched a legal challenge against the government on human rights grounds and a case against supreme court judges.

She accuses Maduro of violating the constitution through his reform plans.

Pro-government legislator Pedro Carreno responded by filing charges against Ortega, alleging “serious errors in the carrying out of her functions.”

He also alleged she was suffering from “insanity” and should be fired.

Last week, the supreme court ordered Ortega’s assets to be frozen and banned her from leaving the country.

The court held its hearing on Tuesday in her absence and said afterwards it would decide within five days whether to send her to trial and suspend her from office.

“She sold her soul to the devil,” Carreno said in the hearing. “She had her price and became a traitor just like Judas.”

The court earlier named a new deputy chief prosecutor to replace Ortega if she is fired: government ally Katherine Harrington.

Harrington was targeted by US sanctions in 2015 for alleged human rights breaches in jailing opposition leaders.

But she broke ranks with the current president in March. As Venezuela‘s political crisis has deepened, Ortega has emerged as Maduro’s most-feared critic.

She accused the Supreme Tribunal of undermining democracy through a short-lived ruling that seized power from the opposition-led legislature. The opposition says the court is packed with Maduro’s allies.

That court ruling was one of the moves that sparked the current wave of protests.

As violence swelled, Ortega renewed her criticism of the authorities, accusing police of killing protesters. She enraged Maduro, who branded her a traitor.

The supreme court has also attacked Ortega’s authority by throwing out her order for the former head of the National Guard to testify about alleged human rights abuses during the crackdown on the protests, which have left at least 80 dead.

It has also limited her powers to investigate abuses, which are shared with the nation’s ombudsman.

Maduro retains the public support of army chief Vladimir Padrino Lopez – a key factor for him to stay in power.

But the president last month said he was replacing four other senior commanders of the armed forces.

Maduro has infuriated his opponents by launching a plan to form an assembly to rewrite the constitution.

Opponents say he will pack the “constituent assembly” with allies to cling to power.

Voting for members of the assembly is scheduled for July 30. The opposition on Monday said it would hold a popular vote against that on July 16. 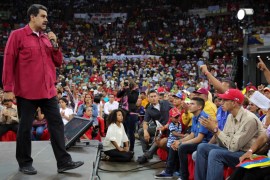 Supreme Tribunal orders freezing of assets and travel ban on attorney general before a hearing in July. 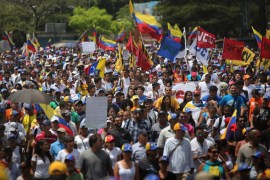