The launch of a Chinese heavy-lift carrier rocket failed shortly after blast off on Sunday due to an “anomaly”, according to the official news agency Xinhua.

The Long March-5 Y2 lifted off early in the evening from the Wenchang Spacecraft Launch Site, in what was seen as the last drill before the same rocket type carried a lunar probe later this year with the goal of returning from the moon with samples.

Video from the live broadcast showed the rocket shooting into the sky, with a voice-over indicating everything was going well.

It was not clear from the live broadcast whether anything had gone wrong. It was also not clear whether the rocket, which was carrying a communication satellite, had entered its orbit.

“An anomaly occurred during the flight of the rocket,” Xinhua reported after the rocket blasted off from the southern island province of Hainan.

“Further investigation will be carried out,” the report added, without elaborating.

Several launches of the Long March-5 were scheduled in preparation for China’s lunar probe, manned space station and Mars probe missions, according to Xinhua.

It was not immediately clear how Sunday’s failure will affect planned missions.

Long March-5 Y2’s payload capacity currently makes it the second most powerful rocket in the world after the United States’ Delta IV Heavy.

Capable of carrying up to 25 tonnes of gear, it had taken off with the 7.5 tonnes Shijian-18 experimental communications satellite, which it was supposed to put into orbit.

In November 2016, China successfully launched the Long March-5 from the same Wenchang centre. At that time, China said it was the most powerful launcher it had yet developed.

Beijing sees its multi-billion-dollar space programme as a symbol of its rise and of the Communist Party’s success in turning around the fortunes of the once poverty-stricken nation.

And in April, the country’s first cargo spacecraft completed its docking with an orbiting space lab – a key development towards China’s goal of having its own crewed space station by 2022. 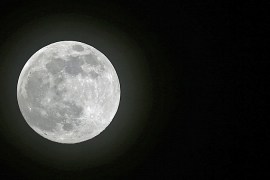 China is embarking on latest stage of space programme that hopes to eventually send someone to the moon. 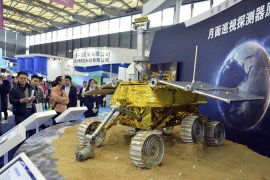