Assia Djebar is known as one of North Africa’s most influential writers.

Born as Fatima Zohra Imalayene in 1936, Djebar was a celebrated author, filmmaker and champion of women’s rights.

She published her first book, “La Soif” (translates literally to “The Thirst”, but called “The Mischief” in its English version), at the age of 21.

It was about a westernised French-Algerian girl who grows up in Algeria and seduces her friend’s husband in an attempt to make her own boyfriend jealous.

Using her pen name, Assia Djebar wrote more than 15 books, including novels, poems and plays. They have since been translated into more than 23 different languages.

Each of my books is a step towards the understanding of the North African identity and an attempt to enter modernity.

As the first Algerian and first Muslim woman to be accepted to one of France’s most elite schools in 1955, she left Algeria, only to return after the country won independence in 1962.

She lived in Algeria, the United States and Paris for much of her life.

In 2005, she became the first North African writer to be elected an “immortal” in the prestigious Academie Francaise.

Upon receiving the honour, she told a French newspaper that she did not consider herself a symbol.

“Each of my books is a step towards the understanding of the North African identity and an attempt to enter modernity.”

Djebar’s works often examined and exposed the lack of rights for Muslim women across the Arab world.

She focused on the role of women, which she believed was ignored by other writers, in Algeria’s struggle before and after independence.

Djebar’s “Women of Algiers in Their Apartment” is a collection of short stories that illustrates how little had changed for Algerian women, even after independence.

In 1977, she directed her first filmed which is translated as “The Song of Women of Mount Chenoua” about a female engineer who returns to Algeria after many years in exile.

Upon her return to France, she told a newspaper “there were only men in the streets of Algiers”.

Her own life was often the backdrop in her work. Her novel, “Algeria White”, was a tribute to three men she knew who were killed in the space of a year.

When she died in 2015 at the age of 78, then French President Francois Hollande said she was a “woman of conviction, whose multiple and fertile identities fed her work, between Algeria and France, between Berber, Arab and French.”

She is celebrated by Google on what would be her 81st birthday in a Google Doodle in the Middle East and North Africa. 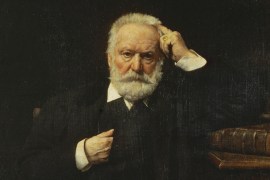 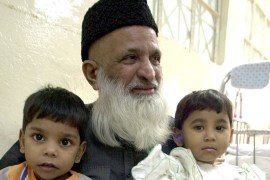 Edhi, who founded the world’s largest volunteer ambulance network, would have been 89 on Tuesday.