A trade association representing more than 80 media companies has voiced its support for Al Jazeera amid a Saudi-led campaign to have the network shut down.

In a statement released on Monday, Digital Content Next (DCN) joined a host of media outlets and organisations that have announced their support for Al Jazeera against calls for its closure.

“It is vital we value and protect the independence of media organisations and journalists around the world. Any effort to silence journalists or use news organisations as a bargaining chip is an affront to freedom,” the statement said.

The Committee to Protect Journalists, Human Rights Watch, Reporters Without Borders, the New York Times editorial board and The Guardian have all condemned the efforts to pressure Qatar into shutting down Al Jazeera.

The allegation is rejected by Qatar.

After more than two weeks, the four Arab countries issued a 13-point demand list on Friday in exchange for the end of the anti-Qatar measures and gave a 10-day deadline.

“We are really worried about the implication and consequences of such requirements if they will ever be implemented,” said Alexandra El Khazen, head of the Middle East and North Africa desk at Reporters Without Borders, a non-profit organisation promoting press freedom.

Speaking to Al Jazeera last week from Paris, she said: “We are against any kind of censorship and measures that could threaten the diversity in the Arab media landscape and pluralism, for instance.”

Meanwhile, the acting managing director of Al Jazeera’s English-language service has denounced demands by the Arab states to shut down the network as an attempt to suppress free expression.

“We are stunned by the demand to close Al Jazeera,” Giles Trendle said. “Of course, there has been talk about it in the past, but it is still a great shock and surprise to actually see it in writing. It’s as absurd as it would be for Germany to demand Britain to close the BBC.”

Sheikh Mohammed bin Abdulrahman Al Thani, Qatar’s foreign minister, has said that Al Jazeera Media Network is an “internal affair” and there will be no discussion about the fate of the Doha-based broadcaster during the diplomatic crisis. 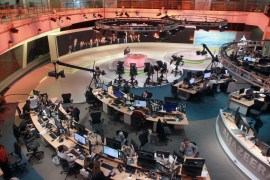 An Open Letter from Al Jazeera

Doha-based network responds to a Saudi-led bloc’s attempt to shut down its global media operations. 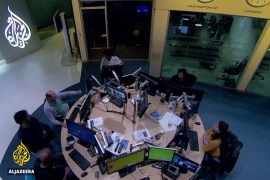 What is behind the campaign against Al Jazeera?

Saudi Arabia and other Arab countries imposing a blockade on Qatar are demanding the closure of the Doha-based network. 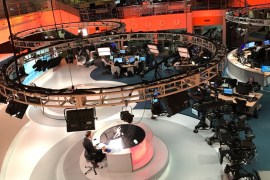