Egypt has begun to deliver one million litres of fuel to the Gaza Strip, in an attempt to ease the Palestinian enclave’s desperate electricity crisis.

The fuel, trucked in through the otherwise besieged Rafah border between Egypt and Gaza, will be routed on Wednesday to the territory’s only power station – closed for several months owing to fuel shortages.

But Al Jazeera’s Harry Fawcett, reporting from West Jerusalem, said that sources from inside the power company told Al Jazeera that the Palestinian Authority (PA), which operates in the occupied West Bank but contracts the power company in Gaza, has instructed the company not to accept the Egyptian fuel.

The PA is dominated by the Fatah party, which has been in a dispute with Hamas over governance in the occupied Palestinian territories ever since it lost a parliamentary election to Hamas in 2006 – an election which it then failed to recognise.

After that election, in 2007, Hamas ended up governing the Gaza Strip, while Fatah took control of the occupied West Bank’s territories that Israeli soldiers leave to the PA to administer.

“There’s been a bid by the Fatah leader, President Mahmoud Abbas, to increase pressure on Hamas with various measures – most significantly by cutting funding for fuel and electricity,” Fawcett reported.

“If it is true, and we haven’t had a confirmation or explanation from the PA yet, it shows they are determined to keep the squeeze on [the Gaza Strip] despite the deal with Egypt.”

IN PICTURES: Mass protests on Gaza’s borders over electricity crisis

Two days ago, Israel began reducing its electricity supplies to Gaza, following Abbas’ decision to stop paying for them.

Since then, Palestinians in Gaza have been left with as little as two hours of electricity a day, prompting a UN warning that basic services in the besieged strip faced “total collapse”.

“[The Egyptian shipment] could increase the daily electricity supply to potentially five or six hours a day,” Fawcett said.

“Still not a solution to the problem, but a welcome boost.” 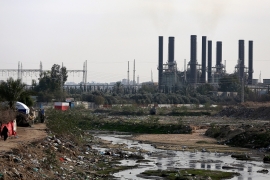 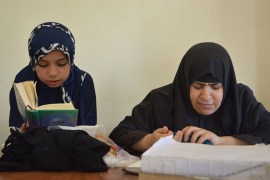 Through siege and struggle, tens of thousands of Palestinians in the Gaza Strip have found comfort in Quranic studies.