The ruling on Tuesday came two months after the court for urgent matters in Cairo had invalidated a verdict by the administrative court that went against the transfer of Tiran and Sanafir islands.

“The ruling (on Tuesday) signifies that the land is Egyptian,” said Khaled Ali, a lawyer who argued in the administrative court that the islands belonged to Egypt.

But the latest ruling comes days after the Egyptian parliament voted to ratify a 2016 agreement under which Cairo would transfer the islands to Saudi Arabia.

The parliament said it would disregard any court ruling on the matter and its legislative committee went ahead with the approval of the controversial deal on June 14.

According to local media, Ali Abdul Aal, the parliament’s speaker, said: “For the thousandth time, the verdict and nothingness are alike, and we will not allow any authority to assault the parliament”.

Opponents of the deal say the islands are Egyptian and argue that the accord violates the constitution, which bars the surrender of any territory.

The issue had sparked rare protests in Egypt, with President Abdel Fattah el-Sisi accused of having bartered Tiran and Sanafir for Saudi largesse.

The agreement was announced during a high-profile visit to Cairo in April 2016 by Saudi King Salman, during which the monarch announced a multibillion-dollar package of investments and soft loans to Egypt. 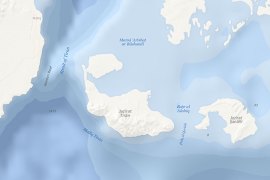 Islands of contention: Tiran and Sanafir

A tumultuous tale of two islands that span decades. 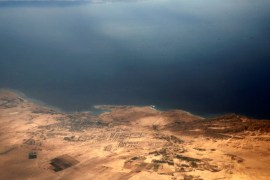 Sanafir and Tiran: Are they Egyptian or Saudi Arabia’s?

The future of the two Red Sea islands is causing more controversy in Egypt.