Iran has denied claims by Saudi Arabia that three of its elite Islamic Revolutionary Guard Corps members had been arrested aboard an explosive-laden boat near an oil platform in the Gulf.

“There is no proof that they are military personnel,” he said, in remarks carried by the ILNA news agency.

Earlier on Monday, Saudi Arabia’s information and culture ministry said the three people “are now being questioned by Saudi authorities”.

“It is clear this was intended to be a terrorist act in Saudi territorial waters designed to cause severe damage to people and property,” the ministry said.

The latest incident comes at a time of already heightened tensions between the two rival regional powers.

On Sunday, Saudi Arabia said it had seized weapons from a boat captured in the Gulf’s Marjan field at about 8:30pm (17:30 GMT) on Friday.

It said the navy fired warning shots when three small boats entered Saudi territorial waters and headed at high speed towards the platforms.

That statement made no mention of explosives and did not detail what type of weapons were found, though it said they were for “subversive purposes”.

It also made no mention of arrests but said the boats bore “red and white flags”.

Two of the boats got away, the statement said.

On Saturday, Iran accused the Saudi coastguard of killing one of its fishermen after two fishing boats may have strayed into Saudi waters.

Some officials of the IRGC have also claimed that Saudi Arabia had a hand in attacks in Tehran earlier in June. 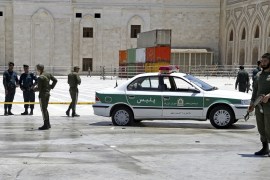 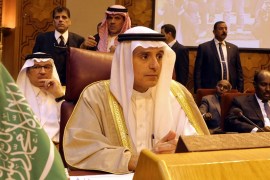