The deadline for Qatari citizens to leave neighbouring Saudi Arabia, the United Arab Emirates (UAE) and Bahrain came into effect on Monday, as the diplomatic rift enters its third week with no end in sight.

The three countries, which cut diplomatic ties and imposed an economic blockade on Qatar on June 5, had given Qatari citizens 14 days to leave.

They also urged their own citizens in Qatar to leave and threatened imprisonment and fines for anyone who criticises the measures.

Officials of the three states later clarified there would be exceptions for mixed-nationality families.

Rights group Amnesty International said, however, such measures are “clearly insufficient to address the human rights impact of the arbitrary, blanket measures.”

“This arbitrary deadline has caused widespread uncertainty and dread amongst thousands of people who fear they will be separated from their loved ones,” Amnesty’s James Lynch said in a statement.

Saudi Arabia, the UAE and Bahrain have all announced hotlines to help families with Qatari members, their official news agencies said last week. These hotlines have been criticised by Qatari human rights groups as “little more than a face-saving” exercise.

On Wednesday, the UN human rights chief Zeid Ra’ad al-Hussein said he was “alarmed” by the possible impact of the diplomatic isolation of Qatar, warning it could lead to widespread suffering among ordinary people.

He said the directives issued by Saudi Arabia, the UAE and Bahrain to address the humanitarian needs of families with joint nationalities appeared to be inadequate, and his office had received reports of specific individuals being ordered to return home or to leave the country they are residing in.

“Among those likely to be badly affected are couples in mixed marriages and their children; people with jobs or businesses based in states other than that of their nationality; and students studying in another country,” he said.

Qatar’s National Human Rights Committee (NHRC) has also said it has received hundreds of complaints from those affected by the ongoing rift.

In the first week we had 700 complaints,” NHRC’s Saad al-Abdulla told Al Jazeera. “In the last four or five days, the numbers have risen significantly.”

He added that the organisation has received more than “100 complaints a day”. Many involved residents who said they have been forced to abandon businesses and careers built across borders.

According to a report released by the NHRC on Thursday, the rights of more than 13,000 citizens of the four GCC countries involved in the crisis have been directly violated by the blockade.

In some cases, the actions taken by these states separated mothers from their children, it said.

The NHRC said it has hired lawyers to take legal measures to restore the rights of aggrieved Qatari nationals.

The organisation has also taken the matter before the UN Human Rights Council. 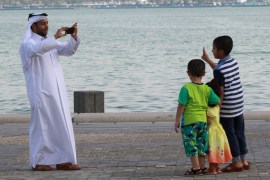 What’s the human cost of the Gulf row with Qatar?

As Saudi Arabia, the UAE and Bahrain criminalise sympathy with Qatar, what will be the long-term effect of these laws? 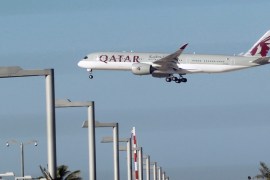