Lebanon‘s parliament has ratified a new electoral law, paving the way for the first national elections since 2009.

The law passed with a broad majority on Friday after weeks of intensive negotiations between the country’s various parties.

The new law preserves the seat allocations in parliament to the country’s various Muslim and Christian sects, despite objections by civil society campaigners.

Some activists rallied outside parliament to denounce the electoral law, which they said fell short of their expectations, according to the website An Nahar.

Zeina el-Helou of the Lebanese Association for Democratic Elections said the law doesn’t meet the protesters’ expectations “at all”.

Video from the protest show security forces beating a handful of demonstrators who tried to block politicians’ motorcades outside the parliament building.

On Wednesday, the cabinet approved the new electoral law, which will be based on proportional representation and 15 electoral districts, replacing the winner-takes-all system for the first time in the country’s history.

Parliamentary elections are slated to be held in May 2018. The sitting parliament has extended its own term three times since it originally expired in 2013.

The dispute among Lebanese political leaders over the new law has threatened to plunge the country into a political crisis and leave it without a parliament for the first time.

Political analyst Paul Mancos told Al Jazeera the law is a “step forward, but not enough in order to have real and fair representation”.

The current term of the parliament, which has been extended twice since it was elected in 2009, was due to expire on June 20.

The law, which introduces a so-called “preferential vote” system, will replace an old, sectarian-based law passed in 1960.

In October 2016, Lebanon’s parliament elected President Michel Aoun after a 29-month power vacuum that grew out of bickering between the political factions. 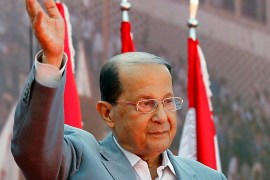 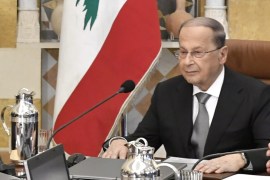