The Cuban government of Raul Castro has criticised Donald Trump’s “hostile rhetoric” in announcing new restrictions on US ties to the country, but repeated its willingness to hold “respectful dialogue” with Washington.

Earlier on Friday, the US president pledged to overhaul his predecessor Barack Obama’s Cuba policy.

“The government of Cuba denounces the new measures toughening the embargo” imposed since 1962, according to a statement read on Cuban state television.

However, it said Cuba “reiterates its willingness to continue the respectful dialogue and cooperation” that have taken place with Washington since 2015 when the drive for restored ties began under Obama.

Although the policy changes announced were limited, Trump has tightened rules for Americans travelling to Cuba, banned ties with a military-run tourism firm and reaffirmed the existing US trade embargo.

The Cuban statement criticised the “hostile rhetoric that recalls the time of open confrontation” and “return to the coercive methods of the past”.

It regretted “a reversal in relations between the two countries”.

“Any strategy to change the political, economic and social system in Cuba, whether through pressure … or through more subtle methods, will be doomed to failure.”

Diplomatic relations, restored only two years ago, will remain intact. But, in a shift from Obama’s approach, Trump said trade and other penalties would stay in place until a long list of prerequisites was met.

Declaring Obama’s pact with Castro a “completely one-sided deal”, Trump said he was cancelling it.

In practice, however, many recent changes to boost ties to Cuba will stay as they are.

Embassies in Havana and Washington will remain open. US airlines and cruise ships will still be allowed to serve the island.

The “wet foot, dry foot” policy, which once let most Cuban migrants stay if they made it to US soil but was terminated under Obama, will remain terminated.

Remittances from people in the US to Cubans will not be cut off.

But individual “people-to-people” trips by Americans to Cuba, allowed by Obama for the first time in decades, will again be prohibited.

And the US government will police other trips to ensure travellers are pursuing a “full-time schedule of educational exchange activities”.

Trump said that easing restrictions on trade and travel only helps the Castro government, and he wants US money to go only to the fledgling private sector.

But the overwhelming majority of the Cuban economy is controlled by the government.

“The Cuban people were so excited when President Obama came,” Caridad Gonzalez, who runs a bed-and-breakfast, told Al Jazeera.

“We thought our lives would improve, and with tourism they did. But now we’re being blocked again. It’s the people who’ll suffer the consequences, not the Cuban state.”

Some 285,000 people visited the Caribbean country in 2016, up 74 percent over 2015, with Americans the third-biggest group after Canadians and Cuban expatriates. 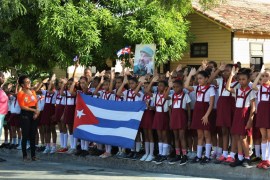 A journey through Fidel Castro’s Cuba

After the leader’s death and before his entombment, a Cuban journalist travelled around the country to gauge the mood. 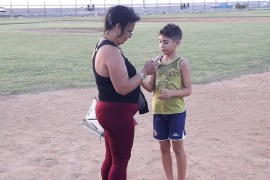 From Obama to Trump: What’s next for Cuba?

Cubans are watching closely as the US inaugurates its new president and wondering what it will mean for them.