Panama has established diplomatic ties with China while breaking off with Taiwan, dealing a victory to Beijing which claims the self-governing island as its own territory.

Panama President Juan Carlos Varela announced the change in a televised address on Tuesday, saying it represents “the correct path for our country”.

Taiwan’s government said it was sorry and angry over Panama’s decision, but would not compete with China in what it described as a “diplomatic money game”.

“This kind of action is not only an open threat to Taiwanese people’s survival and welfare but also an open provocation to peace and stability in the Taiwan Strait and the region.”

Panama is the second country to switch its recognition to Beijing since President Tsai Ing-wen took office last year, following a similar move by Sao Tome and Principe in December.

Wang said he was sure relations between the two countries would have a “bright future”.

Saint Malo said she hoped the new relationship would lead to trade, investment and tourism opportunities, in particular, “exporting more goods from Panama to China”.

Panama’s decision to dump Taiwan comes just days after Beijing began the construction of a container port, with natural gas facilities, in its northern province of Colon.

Carl Thayer, an emeritus professor of politics at the University of New South Wales Canberra College in Australia, told AFP news agency that Panama’s switch was “about who can give the most help … Taiwan has resources, but it can’t match China”.

Chinese ships have the highest use of the Panama Canal, the Central American country’s main source of budget revenue, after the United States.

China and Taiwan split after a civil war in 1949 and Beijing has vowed to take control of the island by force if necessary.

China has ratcheted up the pressure on Taiwan in the past year, cutting off contacts with Taiwanese government bodies and barring the island’s representatives from attending the World Health Organization‘s annual conference and other international gatherings.

In recent months, China has also sailed an aircraft carrier strike force around the island in a display of its growing military power.

Zhang Baohiu, director of Centre for Asian Pacific Studies at Lingnan University in Hong Kong, said the loss of Panama is intended to show Tsai that continued defiance of Beijing will harm Taiwan’s overall interests.

“Panama was one of the more significant countries that still maintained diplomatic relations with Taiwan,” Zhang told the Associated Press.

“By taking away Panama, it once again teaches Tsai’s government the lesson that if she doesn’t accept the ‘One China’ principle … there will be consequences.” 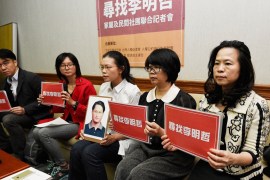 Beijing says the activist is being investigated on suspicion of ‘pursuing activity harmful to national security’. 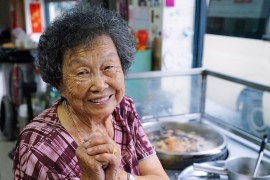