A senior counterterrorism adviser to Qatar’s foreign minister has hit out at the diplomatic squeeze on Doha by several Gulf states, calling it a “policy of domination and control”.

Mutlaq al-Qahtani, a special envoy to Sheikh Mohammed bin Abdulrahman Al Thani, said the decision to sever ties by Saudi Arabia, the United Arab Emirates, Bahrain, and Egypt – as well as other allies – over Qatar’s alleged funding of armed groups would not prove successful.

“We have our national committees on terror financing and counterterrorism,” he told Al Jazeera. “We also have our preventive action plan, but more importantly, we work very hard on tackling the root cause of terrorism.”

When questioned about his country hosting the Taliban, Qahtani said that was “absolutely a request by the US government”.

“We were facilitating the talks between the Americans, the Taliban and the government of Afghanistan, because this is our foreign policy: to facilitate talks, to mediate and to bring peace,” he said.

Regarding the list of individuals and entities linked to Qatar over “terrorism”, Qahtani denounced it as “misleading” and “not credible”. “Most of the names in the list are not in Doha,” he added. “They do not live in Doha and they have never been to Doha.”

The tiny gas-rich emirate is at the centre of the biggest diplomatic crisis to hit the Gulf in years.

Qatar has been isolated for the past week by Saudi and others over “terrorism” and because of its relatively relaxed approach to relations with Jeddah’s great regional rival, Iran.

As a result, Qatar’s only land border has been closed, it has been stopped from using the airspace of neighbouring nations and its citizens have been told to leave the three Gulf Arab countries within two weeks.

Qahtani’s remarks are some of the few comments to so far emerge from Doha during the crisis.

The most visible member of the government has been Sheikh Mohammed, who has said Qatar would not “surrender” to the political pressure.

Qahtani said diplomatic efforts to resolve the dispute would continue.

He was also dismissive of a “terror blacklist” published by the Gulf allies at the end of last week, which named various Qataris and Qatar-based organisations.

As many as 18 individuals were named, including members of the royal family and a former government minister. Also on the list were Doha-based chairman of the International Union of Muslim Scholars, Yusuf al-Qaradawi, and Qatari-funded charities.

Qahtani, though, said the list was little more than a public relations exercise.

“It’s quite unfortunate to use this kind of list, this kind of subject. It’s very serious and extremely dangerous to use it in a PR campaign, in a PR game,” he said. 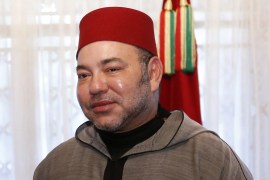 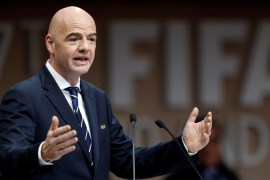