Several members of the Afghan security forces were killed on Friday when a US military aircraft opened fire during an overnight operation in Helmand province, according to officials.

The incident took place in the Loy Bagh area of Nad Ali district on Friday, said Razia Baluch, a provincial council member from the southern province.

There were conflicting reports about the number of officers, members of the Afghan Border Police, killed in the air raid.

Local media reported at least two deaths, while the Reuters news agency quoted Omar Zwak, a spokesman for the Helmand governor, as saying that three officers had lost their lives and two were wounded.

The DPA news agency, meanwhile, placed the death toll at 10 members of security forces, adding that another 16 had been wounded.

The US military command in Afghanistan released a statement saying that the “friendly-fire” incident “resulted in the deaths and injuries” and that an investigation is being conducted.

It said the officers were killed when a US aircraft “returned fire” during the operation, which included Afghan and American special forces.

“We would like to express our deepest condolences to the families of the ABP members affected by this unfortunate incident,” the statement added.

Taliban fighters have made widespread gains in Helmand, seizing many of the province’s districts and threatening the provincial capital of Lashkar Gah.

Hundreds of US Marines recently arrived in Helmand to take over an advising mission as part of a NATO-led coalition training and assisting local forces.

Air raids by US fighter jets have sharply increased in recent months as the White House considers requests from military commanders to send thousands more troops to Afghanistan.

Civilian casualties from both US and Afghan air raids increased dramatically last year according to the UN’s most recent report on threats to civilians.

At least 891 civilians were killed or injured in 2016, with the highest casualties in areas outside of the capital, Kabul. 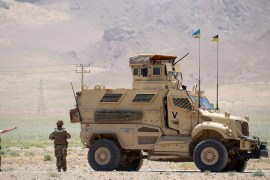 US and NATO troops in Afghanistan

Afghanistan has seen increased attacks across the country, leaving Afghan forces – already beset by killings, desertions and vacuums in leadership and morale – stretched on multiple fronts. They have faced high casualties, and an offshoot of the Islamic State of Iraq and the Levant (ISIL, also known as ISIS) has been making headway in the Afghanistan-Pakistan border region. A possible […] 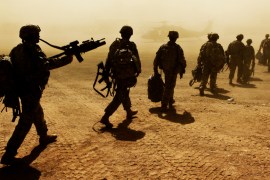