A white man accused of shouting “get out of my country” as he shot dead one Indian man and injured another at a bar in Kansas has been indicted on hate crime and firearms charges, the US justice department said on Friday.

Adam Purinton, 52, is accused of killing Srinivas Kuchibhotla and wounding Alok Madasani, both 32, because of their race, colour, religion and national origin.

Purinton was also charged with a federal firearms violation in the February 22 incident at Austins Bar and Grill in Olathe, a Kansas City suburb.

The shootings also injured an American, Ian Grillot, 24, who tried to intervene.

“The indictment alleges that Purinton committed the offenses after substantial planning and premeditation, attempted to kill more than one person in a single criminal episode, and knowingly created a grave risk of death to others on the scene,” the department said in a news release.

An affidavit released in March said Madasani told detectives that the gunman asked if their “status was legal” before he opened fire.

A lawyer for Purinton, who also faces state murder and attempted murder charges, could not immediately be reached for comment, news agencies reported.

Local media reported at the time that Purinton thought he had killed two Iranian men.

Michael Copeland, mayor of Olathe, said in a statement that the hate crime charge was appropriate.

“The intent of this one act was to spread hate. It failed miserably,” Copeland said. “It has spread love, and it has brought this community even closer together.”

Kuchibhotla and Madasani had come to the United States from India to study and worked as engineers at GPS-maker, Garmin.

Police Chief Steve Menke said he hoped the charges would bring some comfort to Kuchibhotla’ loved ones and friends and to the survivors of the shooting.

Speaking to reporters after Kuchibhotla’s murder, his widow Sunaina Dumala had said she was concerned about the targeting of immigrants in the US before the attack, but her husband had told her not to worry.

Purinton’s indictment comes amid growing concern about a wave of hateful actions across the US aimed at African Americans, Jews, Muslims and other groups singled out by inflammatory rhetoric that gained prominence during Donald Trump‘s 2016 presidential campaign.

“Don’t be shocked! Be angry!” Siddharth, a well-known South Indian actor who uses one name, had tweeted to his 2.6 million followers after Kuchibhotla’s killing.

“Trump is spreading hate. This is a hate crime! RIP #SrinivasKuchibhotla.”

If convicted, Purinton could face capital punishment or life in prison. Justice officials said they had not yet decided whether to seek the death penalty. 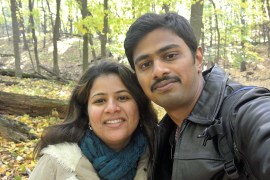 Indians demand protection after US gunman shoots dead one and wounds another as FBI investigates possible hate crime. 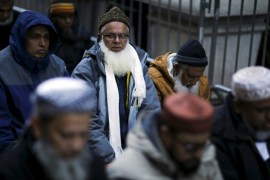