Al Jazeera’s Investigative Unit has won the Corruption Reporting Award at the annual One World Media ceremony in London.

The documentary Stealing Paradise, provides an unprecedented insight into the workings of a corrupt government. It exposes jaw-dropping levels of wrongdoing at the very top of government in the holiday islands of the Maldives.

The president received bags filled with up to $1m in cash, so much cash that it was “difficult to carry”, according to one of the men who delivered it.

The One World Media Awards highlight the vital role journalists play in reporting the developing world.

The award is from One World Media and is sponsored by Transparency International.

The regime also promised serious consequences for anyone “in any way connected with the Al Jazeera documentary”.

The threats were broadcast on state television and followed by police raids on two media outlets in the capital, Male. The offices of a legal firm were also raided by police.

Accepting the award, Jordan dedicated the prize to the memory of Yameen Rasheed, a writer who was murdered outside his home in April.

“We must all keep exposing corruption, which is undermining societies the world over, large and small,” said Jordan.

Phil Rees, manager of Investigations, praised Jordan and his teammates for their cultivation of sources.

“Those who brought this information had faith in two things. First, that having spent one year living in the Maldives, Will Jordan could understand the delicate nature of this story. And second, that Al Jazeera would have the guts to broadcast it. They were right on both scores.”

The documentary was edited by Adrian Billing, and filmed by Chris Olivotos and Manny Paneratos. 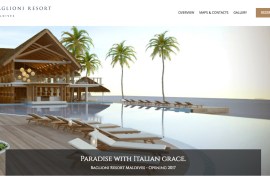 Audit suspected corruption after finding a $2.5m payment from Italian tycoon to a company linked to tourism minister. 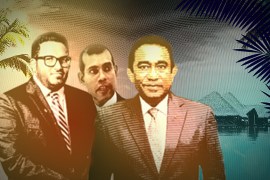 Uncovering a world of corruption in the holiday paradise of the Maldives; where millions have been stolen and justice denied.