At least 10 Afghan soldiers have been killed in an attack on an army base in the southern province of Kandahar, according to defence officials.

The assault at Camp Achakzai in Shawali Kowt late on Monday came just a day after 20 Afghan policemen were killed when Taliban fighters stormed their outposts in the neighbouring province of Zabul.

No group has so far claimed responsibility for the Kandahar attack.

“Ten brave army soldiers were martyred and nine others wounded. The wounded soldiers were taken to hospital and they are in stable condition,” the ministry said in a statement.

Dawlat Waziri, defence ministry spokesman, told the Reuters news agency that at least 12 attackers had been killed by government troops after several hours of fighting.

The attack marks another setback for NATO-backed Afghan forces. It comes just a month after the Taliban killed at least 135 soldiers in the northern province of Balkh in the deadliest attack on an Afghan military base since 2001.

During the Zabul attack early on Sunday, local officials made desperate calls to Afghan television stations to seek attention because they were unable to contact senior authorities for help, highlighting the disarray in security ranks.

WATCH: Can the Taliban in Afghanistan be defeated?

Taliban fighters launched their annual “spring offensive” in late April, heralding a surge in fighting as the US tries to craft a new Afghan strategy and NATO considers sending more troops to break the stalemate against the resurgent militants.

The White House is considering sending thousands more troops to break the deadlock. 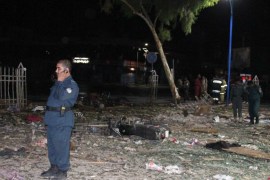 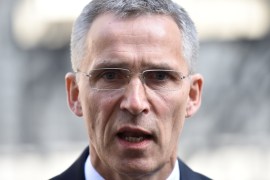 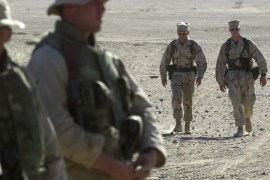 A US decision to boost troop numbers in Afghanistan would be welcome, but there is need for a more robust engagement.