A car bomb blast in Syria’s Homs city has killed at least four people and wounded 16, according to a monitoring group, which also reported a separate explosion in a suburb of the capital, Damascus.

The blast in Homs took place on Tuesday morning in al-Zahra neighbourhood, a goverment-held area, the UK-based Syrian Observatory for Human Rights said.

Syria’s state-news agency SANA also reported that four people had died in the explosion, but put the number of those wounded at 30.

The Syrian government announced on Sunday that it now controls all of Homs city following a final evacuation deal with the rebels in Waer neighbourhood.

Separately, the SOHR said a car bomb blast went off on Tuesday in an area close to the Sayyida Zeinab shrine in Damascus, without, however, reporting any casualties.

SANA said police destroyed a car carrying two suicide attackers before they were able to reach a checkpoint near al-Mustaqbal crossroad on Damascus International Airport road.

Both passengers were killed in the car explosion, SANA said. One civilian was also killed and another one was wounded in the blast, it said.

As the Syrian conflict enters its seventh year, more than 465,000 people have been killed in the fighting, over one million wounded and at least 12 million – half of the country’s pre-war population – forced from their homes. 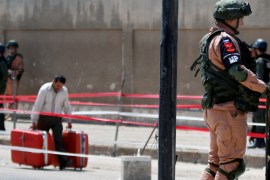 About 3,000 people, including 700 rebels, are being taken out of Waer district, according to provincial governor. 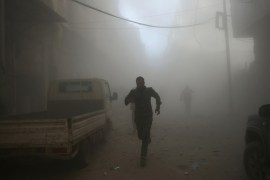 Damascus: Who controls what