Dozens of students at Indiana’s Notre Dame University have protested against White House policies by walking out of a commencement speech by Vice President Mike Pence, who criticised political correctness at US colleges.

The members of the graduating class – dressed in caps and gowns together with some 2,000 classmates -stood up and quietly left the school’s football stadium when Pence began delivering his speech on Sunday, videos posted online showed. Others cheered and some booed.

Notre Dame, in the city of South Bend, is one of the country’s most prominent Catholic universities.

Pence, who received an honorary degree from the university, said that “far too many campuses across America have become characterised by speech codes, safe zones, tone policing, administration-sanctioned political correctness – all of which amounts to nothing less than suppression of the freedom of speech.

“These all-too-common practices are destructive of learning and the pursuit of knowledge, and they are wholly outside the American tradition,” he added.

A religious social conservative, Pence is a former Indiana governor who was born in the state and also served as one of its representatives in Congress for 12 years.

The protest comes amid mounting controversy over what constitutes free speech at college campuses since the election of President Donald Trump in November, with students objecting to appearances by divisive conservative figures. Some schools have cancelled events.

In addition to Pence’s record as governor, the protesters said they wanted to voice objections to Trump’s threat to civil liberties and policies such as his attempts to ban travellers from several Muslim-majority countries.

“The participation and degree-conferring of VP Pence stand as an endorsement of policies and actions which directly contradict Catholic social teachings and values and target vulnerable members of the university’s community,” Notre Dame student Xitlaly Estrada said in a statement by the student group WeStandForND, which organised the protest.

More than 100 people walked out, organisers said. Many wore rainbow pins or flags, a symbol of gay pride.

Pence delivered his speech while Trump was on the first day of his first trip abroad as president. In a speech in Saudi Arabia, he called on Middle Eastern leaders to help defeat extremism. 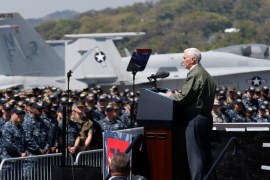 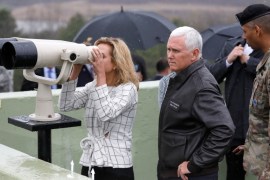 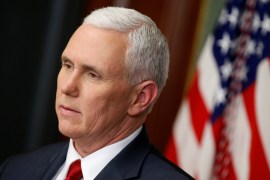 US Vice President Mike Pence’s private email account has also been targeted by hackers, according to a newspaper report. 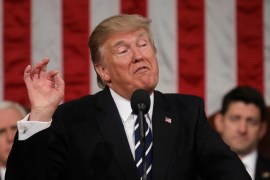 While pundits applauded the ‘disciplined’ address to Congress, lacking was any straight talk on political measures.