Macron announced Philippe’s appointment on Monday, his first day in office after his inauguration on Sunday.

Upon taking over his official duties from Bernard Cazeneuve, the outgoing prime minister, Philippe said he is principally “rightwing, and yet the general interest must dictate the engagement of the state, of elected officials and of the citizen”.

He is mayor of the northern port of Le Havre and an MP for the region since 2012 who studied at the same universities as Macron and shares many of his views on the economy and social issues.

By picking Philippe, Macron appears to have sent a signal to attract other young modernisers from the Republicans to his new centrist party, La Republique En Marche (Republic on the Move or REM), which will contest parliamentary elections in June.

Al Jazeera’s David Chater, reporting from Paris, said Philippe is the ideal person for Macron and they share common ideals.

“He is the man who Macron believes can increase the number of defections from the right wing inside the National Assembly,” he said.

“This prime minister can perhaps bring enough people with him, enough defectors to the Republican On The Move party, to insure the next major battle. We are really in the campaign for that battle already – the parliamentary elections.

“If Macron wins a sufficiently big majority, perhaps even an absolute majority, he can get through all the reforms that are important to him.”

Reaction to Philippe’s appointment came from across the political spectrum, and predictably was mixed.

Bruno Retailleau, leader of the French Republican senators, criticised it, saying that Macron’s tactic involves “weakening the right in the parliamentary elections” and “destabilising the electorate”.

Reacting via Twitter, Francois Bayrou, leader of the Democratic Movement Party, said: “I am very happy with [Philippe’s] nomination because of his human qualities and because of the composure thus promised to France.”

By contrast, Marine Le Pen, the French far-right leader who lost the presidency to Macron, said in a statement that “Philippe’s nomination is the perfect summary of the last 10 years in France, this ‘sacred’ alliance between the old right and left”.

The Greens criticised “Macron’s liberal intentions” and renewed their appeal for the creation of an environment ministry.

Jean-Luc Melenchon, the defeated far-left candidate, also criticised Macron’s choice, saying in a statement that “the new president has just acquired the entire traditional political class and returned to the old order”.

Macron, a former minister and investment banker, was elected as the country’s youngest-ever leader since Napoleon on May 7. 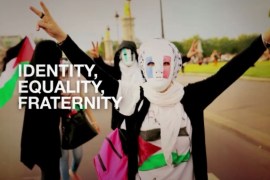 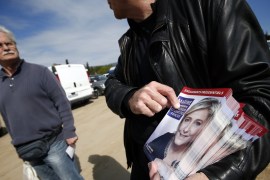 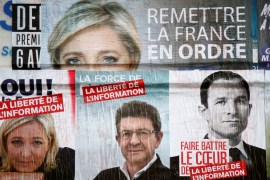 Everything you need to know about the French voting system, from who is running to what time the vote will be announced.