Oguz Guven, the editor-in-chief of cumhuriyet.com.tr, was taken to Istanbul police headquarters, the official said on condition of anonymity due to restrictions on talking to the media.

The official said an arrest warrant was issued for Guven after the online edition published an article about the death of Mustafa Alper, the chief prosecutor of Denizli province, in southwest Turkey, who was killed in a car crash on Wednesday.

Early on Friday, Guven tweeted, “I am being taken into custody”, without elaborating further.

A statement on Cumhuriyet’s website said the newspaper was not given reasons for Guven’s arrest.

Scores of opposition media organisations have been shut down since the government acquired emergency powers following the failed coup last year.

Cumhuriyet, known for its independent reporting, received international attention in 2015 when it reported on a fleet of Syria-bound trucks, allegedly sent by the country’s intelligence agency, carrying weapons to Syrian anti-government fighters.

For that report, Can Dundar, Cumhuriyet’s previous editor-in-chief, was sentenced to nearly six years for publishing state secrets. 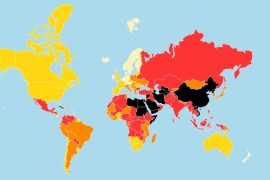 Reporters Without Borders warns of tipping point for press freedom in era of ‘strongmen and propaganda’. 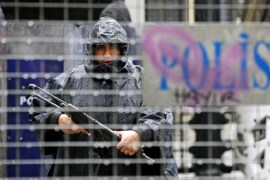