The heads of two rival Libyan camps issued separate statements on Wednesday promising to work to end the country’s crisis, without, however, outlining any concrete measures over a political deal.

International powers had for months been pushing the two men to discuss resetting a UN-mediated agreement which led to the creation of Sarraj’s Government of National Accord (GNA) in late 2015.

Haftar, whose forces control key oil ports, is a dominant figure for factions in eastern Libya that have rejected the GNA, contributing to its failure to expand its power in Tripoli and beyond.

In their statements, the two men called for a resolution to Libya’s political and economic crises and for joint efforts to battle armed groups, but offered no shared way forward for a political deal to unify the country.

The statement issued by his office also said the meeting with Haftar in Abu Dhabi had been held in order “to achieve a peaceful settlement for the Libyan crisis” and called for “an expanded dialogue to establish national consensus”.

It also said amendments to the UN-mediated deal that resulted in the GNA’s creation had been discussed, without giving details.

There was no direct mention in the statement from Sarraj of plans reported by pro-Haftar media on Tuesday to restructure the Tripoli government and hold fresh elections next year.

Diplomats and observers have described Tuesday’s meeting as a positive step forward, after Sarraj said Haftar refused to meet him in person in February.

The Tuesday meeting “brings optimism towards guaranteeing a political solution”, the UAE foreign ministry said after the meeting.

It is an “important step to push forward the political process in Libya,” it added, in a statement carried by the official WAM news agency.

Apart from the UAE, Algeria, Tunisia and Egypt also played a role in “reconciling the points of view” of Sarraj and Haftar, the GNA statement said.

Libya has been wracked by chaos since the 2011 uprising that toppled and killed longtime ruler Muammar Gaddafi, with dozens of armed factions emerging. 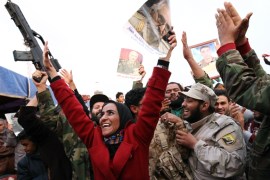 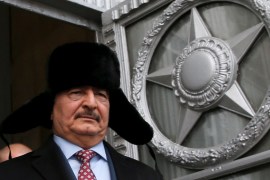