Lebanese President Michel Aoun has suspended a parliamentary session for a month, temporarily blocking proposed plans to extend parliament’s term for the third time in a row since 2013.

Parliament was expected to vote on Thursday to extend its own mandate until 2018 without an election, officials said.

In a televised address to the nation on Wednesday, Aoun said that the delay was aimed at giving politicians more time to reach an agreement on a new electoral law.

Current members of parliament were elected in 2009 for what was meant to be a four-year term.

Lebanon’s political parties say it is time to scrap the country’s 1960 voting law that allocates seats by religious sect, but disagree over what system should replace it.

Opposition parties and civic groups are threatening demonstrations against any parliamentary extension on Thursday.

Lebanese politics has long been dogged by sectarian divisions, with the war in neighbouring Syria exacerbating party rivalries.

Parliament has already extended its mandate twice because MPs were unable to agree on an election law.

READ MORE: Why the Lebanese support the same sectarian leaders

It last did this in 2014, citing security concerns linked to the civil war in Syria.

The government struggles to make basic decisions and parliament is often paralysed.

In October of 2016, parliament elected former army commander Michel Aoun as president, ending a 29-month vacuum in a political deal that secured victory for his Lebanese ally Hezbollah, Iran and Syria. 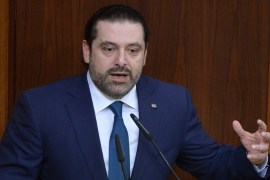 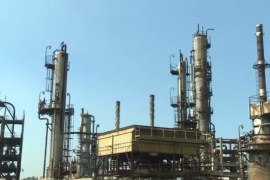