Sri Lankan President Maithripala Sirisena has pledged not to protect anyone guilty of murder during the civil war, signalling a green light for the prosecution of security officers allegedly involved in a death squad that targeted civilians.

Sirisena, who has been criticised for failing to establish credible investigations into war-era abuses, said on Wednesday he would not stand by murderers but would defend “war heroes” who helped crush the Tamil Tiger rebels in 2009.

“Those who killed journalists, sportsmen and others will not be protected,” Sirisena said. “Whether they are in the military or the police is immaterial.”

Sirisena has previously rejected calls for an international trial into war-era crimes, emphatically stating he would never prosecute his own troops.

The president stunned his own coalition allies in October when he berated police for holding intelligence officers for long periods in custody, in connection with the 2010 abduction and disappearance of a cartoonist.

His latest remarks will likely be seen by senior police investigators as a green light to arrest several prominent establishment figures over the 2009 assassination of respected newspaper editor Lasantha Wickrematunge.

His killing heightened global condemnation of former president Mahinda Rajapaksa’s government, which had already been accused of abuses against journalists, activists, and the Tamil minority population.

Police have already arrested six military intelligence officers in connection with a 2008 attack on another editor, and accuse the same death squad of killing Wickrematunge in January 2009.

Rajapaksa’s defence secretary brother, Gotabhaya, has been implicated by his then-army chief Sarath Fonseka of leading the group. Gotabhaya Rajapaksa and Fonseka have been at loggerheads since the end of the war, and have often accused each other of wrongdoing.

Mahinda Rajapaksa, whose tenure ended in 2015, and several members of his family are under investigation for large-scale financial fraud and murder during his 10 years as president, in which 17 journalists and media workers were killed.

A retired army intelligence officer was found hanging at his home in October with a note claiming responsibility for Wickrematunge’s death. 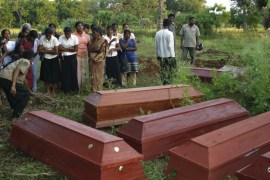 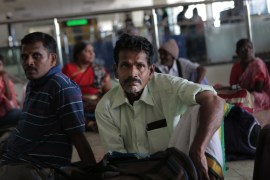