El-Othmani, 61, of the Islamist Party for Justice and Development, or PJD, announced in a press conference in Rabat on Saturday that an “agreement has been reached” with six political parties to form a coalition government.

“We will proceed step by step,” Othmani told AP news agency after the announcement.

The Islamist PJD won parliamentary elections in October but did not win enough seats to govern alone. Under Morocco’s election law no party can win an outright majority in parliament, making coalition governments a necessity.

Abdelilah Benkirane – Othmani’s predecessor – failed to build a coalition and alienated potential partners. The protracted crisis was hurting the economy and Morocco’s image, and the king fired Benkirane this month in an unusual intervention.

The new six-party coalition includes the PJD, pro-market parties RNI and UC, conservative MP party and the socialist parties USFP and PPS. Together they hold 240 seats in the 395-seat House of Representatives, the lower house of parliament.

The cabinet’s ministers are chosen by the prime minister, after consultation with other parties forming the government coalition, then appointed by the king. 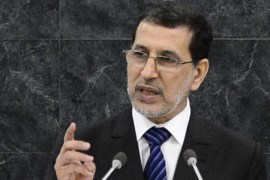 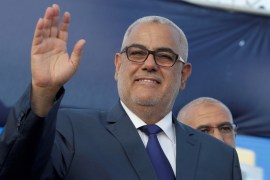