“I’ve asked for support from the UN to help treat economic and social injuries that have hit our people caused by the economic war and the sharp fall in petroleum prices,” Maduro said in a televised appearance on Friday.

He did not provide any details about the request except to say that the UN has the expertise to normalise the supply and distribution of pharmaceutical drugs in the country.

But just acknowledging that Venezuela needs outside help is a telling sign of how deep in crisis the country, sitting atop the world’s largest petroleum reserve, has fallen.

The country is suffering from triple-digit inflation as well as severe shortages of fuel, food and medicines, from painkillers to chemotherapy drugs.

As many as 85 of every 100 medicines are missing in the country, Venezuela’s main pharmaceutical association has said.

Shortages are so extreme that patients sometimes take medicines ill-suited for their conditions, doctors warn.

Leftist President Nicolas Maduro blames the shortages on a right-wing plot to overthrow him.

On Friday, the Washington-based Organization of American States, OAS, announced that it would hold an extraordinary meeting on Tuesday to address the situation in Venezuela.

The announcement comes a day after the United States and a group of 13 other OAS nations called on Venezuela’s government to hold elections and immediately free political prisoners.

OAS Secretary-General Luis Almagro is pushing to expel Maduro’s government from the group for breaking the country’s democratic order and violating human rights.

Venezuela’s government has accused the OAS leader of overstepping his authority in an effort to pave the way for an “international intervention” in Venezuela. 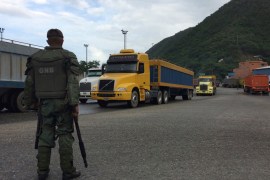 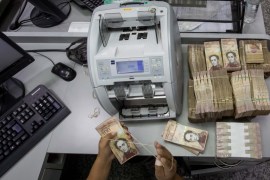 Government fails to deliver replacement note on time, resulting in long queues and chaos in the country.