At least two civilians and one policeman have been killed by explosions during an anti-terror operation in northeast Bangladesh.

The country’s Daily Star newspaper reported on Saturday that two civilians were killed and another 26 injured when a blast ripped through the Shibbari area of Sylhet city as paramilitary commandos and SWAT carried out a raid on a suspected ‘extremist’ hideout.

A second blast in front of the hideout killed a policeman and left five others injured, it added.

Armed forces spokesman Colonel Rashidul Hasan told the AFP news agency that 78 people, who were trapped in the five-storey building, had been rescued after a more than 30-hour standoff.

Acting on a tip-off, police said they raided the building early on Friday and cordoned off the area after the attackers detonated small bombs.

“The operation began at 7:00am (01:00 GMT) in the morning and is still going on,” Hasan said, adding the commandos “exchanged fire” with the attackers who were confined to a ground-floor apartment of the building.

The spokesman did not say how many people were in the building, but police said there were at least two, including a woman.

WATCH Does Bangladesh have an ISIL problem?

The raid comes after a series of suicide attacks this month including one at a police checkpoint near the country’s main international airport on Friday night.

Two of the attacks, including Friday’s blast in which the suicide attacker was killed, were claimed by the Islamic State of Iraq and the Levant (ISIL, also known as ISIS) group.

ISIL has also claimed responsibility for a wave of killings since 2015 including a major attack on a Dhaka cafe last year in which 22 people, including 18 foreign hostages, were killed.

The Bangladeshi government denies ISIL has any presence in the country, arguing instead that a new faction of Jamayetul Mujahideen Bangladesh (JMB) was behind that and other attacks. 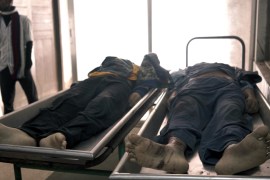 One of suspects behind last year attack that killed 20 foreigners and another alleged assailant killed in police raid. 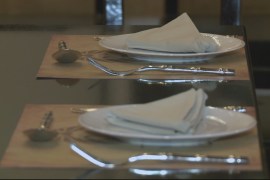