Brazilian police have raided the premises of global meatpacking companies JBS SA and BRF SA, as well as dozens of smaller rivals, in a crackdown on alleged bribery of health officials.

The anti-corruption campaign threatens $12b in annual exports.

The probe, known as Operation Weak Flesh, found evidence of meatpackers bribing inspectors and politicians to overlook unsanitary practices such as processing rotten meat and shipping exports with traces of salmonella, police said.

Brazil exported $6.9bn of poultry and $5.5bn of beef last year, according to industry groups, as producers boosted shipments to China and started sending fresh beef to the US.

Shares of JBS and BRF plunged 11 percent and seven percent, respectively, in Sao Paulo. JBS, the world’s biggest meat producer, booked net revenue of 170b reais ($55b) last year from sales in 150 countries.

BRF, the largest poultry exporter, booked net revenue of 39B reais in 2016.

Police said they arrested three BRF employees and two from JBS in Friday’s raids, as well as 20 public officials.

JBS said in a securities filing that three of its plants and one of its employees were targeted in the probe, but its senior executives and headquarters were not targeted.

Brazil’s agriculture ministry has temporarily closed three plants cited in the investigation, one run by BRF and two run by smaller rival Grupo Peccin, and began removing their meat products from supermarkets.

Eumar Novacki, the ministry’s executive secretary, said there was some concern that other countries would begin blocking shipments of Brazilian meat.

Police said there was evidence that meatpackers falsified documentation for exports to Europe, China and the Middle East.

Judge Silva wrote in his ruling that employees of some meatpackers, including BRF, arranged bribes and favours for inspectors ranging from political donations and favourable bank loans to small bribes including hams and other meat products.

In some cases, those inspectors would then allow employees of the meatpackers to enter government offices, access computers and issue their own export certificates, investigators said. 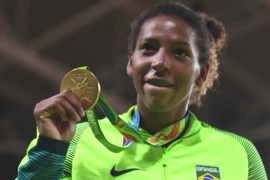 A look at how the Olympic host is weathering an impending impeachment and a predicted economic slowdown. 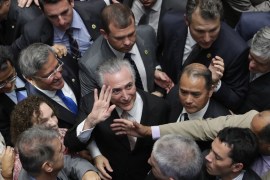