Manchester, New Hampshire, US – Refugees in fear of detainment and deportation are fleeing the US across its northern border with Canada at an increased rate even as courts block the Trump administration’s travel ban, according to refugee support groups and the Canadian Border Services Agency (CBSA).

Mukhtar Idhow, executive director of the Organization for Refugee and Immigrant Success (ORIS), a New Hampshire-based group that assists asylum seekers find work and teaches them gardening, told Al Jazeera that the Trump administration’s two attempts to place a ban on Muslims from entering the US have left the refugee community questioning their place in the country.

“The US was once a place of opportunity for immigrants and refugees where all races, religions and nationalities were accepted,” Idhow, himself a refugee from Somalia, continued. “Now, we aren’t sure what will happen.”

Nicholas Espiritu, a staff attorney from the National Immigration Law Center who argued against the travel ban in Maryland, which along with a court in Hawaii placed a freeze on the executive order, told Al Jazeera that he’s confident the travel ban will be defeated.

The attorney said that Maryland District Judge Theodore Chuang placed a stay on the ban “because he found that we were likely to succeed in our claim that this violates the Establishment Clause”.

The clause is found in the First Amendment of the US Constitution and forbids the government from interfering in religious matters, thereby guaranteeing religious liberty.

However, the Trump administration says the ban is necessary to protect the national security of the US by freezing the refugee programme for 120 days and blocking new visas from being granted to citizens of Iran, Libya, Somalia, Sudan, Syria, and Yemen for 90 days.

At a rally in Tennessee on Wednesday night, Trump pledged to continue the fight to the Supreme Court. On Thursday, Sean Spicer, White House press secretary, confirmed that the administration is preparing to take the legal battle as far as possible.

Espiritu is not convinced this will be the case, saying: “If there’s one lesson we’ve learned about the Trump administration, outside of its statements that it intends to discriminate against Muslims, other statements have to be taken with a grain of salt.”

Similarly, Omar Jadwat, director of the American Civil Liberties Union’s (ACLU) Immigrants’ Rights Project, said in a statement the “Constitution has once again put the brakes on President Trump’s disgraceful and discriminatory ban, “and that the ACLU will “continue working to ensure the Muslim ban never takes effect”.

While legal experts are certain about the travel ban’s fate, refugees are not.

Jaylani Hussein, the executive director of the Minnesota chapter of the Council on American-Islamic Relations (CAIR), an advocacy group, said many refugees “in Minnesota are worried about immigration raids.

“They are afraid they won’t be able to reconnect with their family members. Even though most asylum claims have about a 90-percent certainty of being processed, the stress is too much,” Hussein explained in an interview with Al Jazeera.

“Many have chosen to flee to Canada.”

New Hampshire and Minnesota both share borders with Canada.

According to figures given to Al Jazeera by the CBSA, Canada has seen a steady increase in refugee crossings.

In the first two months of 2017, there were 2,168 refugee applications submitted. The region of Canada that saw the largest number of claims was Quebec, which shares a border with New Hampshire: 452 claims in January and 646 in February.

South of Ontario, which shares a border with Minnesota, saw 433 January claims and 464 in February.

Canadian government officials say there is no need for an increased presence on the border, but Jean-Pierre Fortin, president of the Customs and Immigration Union which represents border law enforcement, said in early March that the border was “Swiss cheese” and called for more officers.

“The CBSA is well positioned and experienced in processing high volumes of travelers. We continuously monitor our operations and adjust as required,” Gadboi-St-Cyr said.

CBSA adjusts its strategies on “an ongoing basis in order to ensure maximum operational efficiency in all aspects of our operations,” she responded.

In New Hampshire, Al Jazeera approached several refugees who were considering making the trek to Canada, but none would agree to an interview.

Idhow, ORIS’ executive director, said that fear is causing refugees to hide themselves away: “Before, the refugee community in New Hampshire was a part of the social fabric.

Now, people are hiding away for fear of raids or hate crimes.”

Hussein told Al Jazeera that refugees in Minnesota were also refusing interviews out of fear of reprisal or deportation: “The legal actions by this administration, the successive Muslim bans, have left many afraid.”

READ MORE: Syrian refugees get a warm welcome in Scotland

“These bans cause great harm to US citizens and residents who only wish to be reunited with their families,” Fisher told Al Jazeera, “many are afraid of what comes next.”

Regardless of whether the travel ban ever goes into effect, “[w]hen a single group is targeted, the whole country is the victim. It changes how the country is viewed.”

Idhow agrees. “For many refugee families here, it doesn’t seem like the US is the safe place it once was,” he said. 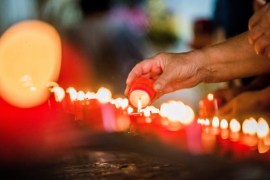 Canada is trying to be an example for the world by welcoming refugees, but its doors are still not open to Roma. 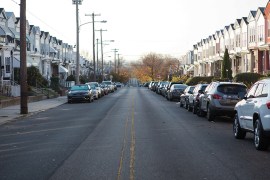