At least two soldiers have been killed in an explosion on a highway in southeast Turkey, according to security sources.

The troops on Wednesday were carrying out operations to detect mines in the region when suspected fighters from the outlawed Kurdistan Workers Party (PKK) detonated a previously planted mine, Turkey’s private Dogan news agency reported.

There was no immediate claim of responsibility for the attack, which targeted a vehicle loaded with soldiers as it passed by a road linking the cities of Mardin and Diyarbakir.

Ambulances rushed to the scene following the blast.

PKK fighters have launched a series of violent attacks since 2015, when a fragile peace process with the government collapsed.

Turkey, the United States and the European Union consider the PKK a “terrorist group”. 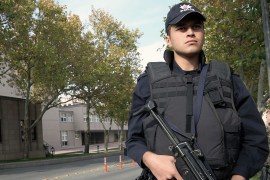 State media says more than 800 people have been detained in operations carried out in 37 provinces. 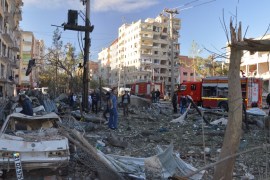