Cyclone Enawo has killed at least 38 people and injured 180 in northeast Madagascar, according to officials.

The cyclone, which made landfall on the Indian Ocean island on Tuesday, has also driven more than 53,000 people from their homes, the country’s disaster management agency said on Saturday.

The new death toll issued by the agency was significantly higher than the earlier estimate of just four deaths and 10,000 people displaced issued on Thursday.

“The damage is enormous wherever the cyclone has gone,” Thierry Venty, executive secretary of the National Bureau of Risk and Disaster Management, said late on Friday on national television.

Officials say the full extent of the damage is not yet known because of a breakdown in telecommunications which has made it hard to contact rural communities.

With 89 percent of Madagascar’s roads being dirt, getting into the hardest-hit areas of the north and east is expected to be difficult.

Up to 700,000 people could be affected by the cyclone which was the most powerful to strike the Indian Ocean island since 2012, according to the Red Cross.

Enawo is also expected to have a big effect on the country’s economy, with vanilla farmers in the northeast region of Sava, which produces about half of the world’s output, predicting a very bad harvest.

Enawo brought heavy rains and winds in excess of 225 kilometres per hour – the equivalent of a Category 4 hurricane.

It has weakened since making landfall and has now been reclassified as a tropical depression that is moving southwards, away from the island.

Madagascar has suffered severe drought and food shortages since 2015, with the southern region the worst affected. 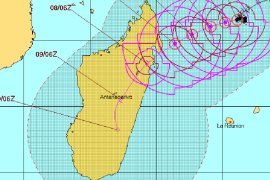 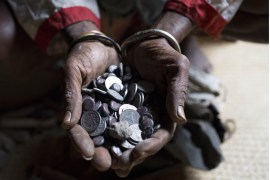 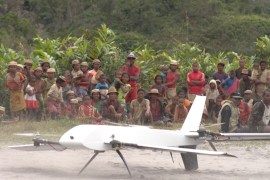