The United Nations has unveiled a new strategy aimed at stamping out sex abuse by its peacekeepers with measures that include withholding the salaries of the soldiers who are under investigation for such crimes and directing them to a victims’ trust fund.

Antonio Guterres, UN secretary-general, said on Thursday in an annual report that there had been a total of 145 cases of sexual exploitation and abuse involving troops and civilians across all UN peace missions in 2016 – up from 99 in 2015.

The increase is partly explained by the fact that more victims are coming forward, said the report.

Guterres, who took the UN helm in January, said the new strategy was aimed at putting “the rights and the dignity of victims first” and then “to focus on ending the impunity of those guilty of crimes and abuses”.

Speaking in a video message about the report, he also said it was important to “draw on the wisdom and guidance of all those who have been affected, civil society, local communities and others to strengthen and improve our efforts”.

The strategy also aims at raising awareness and sharing best practices “to end this scourge”, he said.

Al Jazeera’s Mike Hanna, reporting from the UN headquarters in New York City, said the new proposals would have to go through the General Assembly for approval.

He also said that the changes would boost “the degree of command and control in terms of not only investigating allegations of sexual abuse, but also in finding out about them in the first place”.

Under UN rules, it is up to soldier-contributing countries to take action against their nationals who face credible allegations of sexual abuse and exploitation while serving under the UN flag.

In his report, Guterres proposed that salary payments to countries that fail to investigate allegations involving their troops should be withheld, and that those amounts could be instead directed to a victims’ trust fund.

UN officials said that this measure had already begun to be implemented, with about $49,000 in withheld funds ready to be transferred to the fund.

Guterres also called for appointing a special human rights expert who would report directly to the UN chief to be a victims’ rights advocate.

He also proposed that a victims’ rights advocate be named as part of UN personnel in the four missions plagued by high incidence of sexual abuse – MINUSCA in the Central African Republic, MONUSCO in the Democratic Republic of Congo, MINUSTAH in Haiti, and UNMISS in South Sudan.

A team of special investigators should be created to better respond to the allegations, the report said.

Human rights groups have complained about the lack of accountability for peacekeepers serving in UN missions.

Many have avoided investigation altogether or received light punishment. 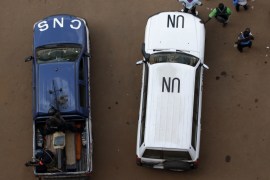 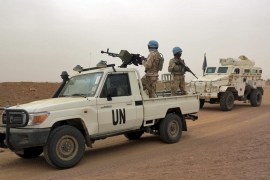 Are UN peacekeeping operations in trouble?

International defence ministers are meeting in the UK to discuss ways to improve UN peacekeeping missions.