Austria’s foreign minister has called for setting up mass camps in North Africa for refugees and migrants who fled to Europe, a proposal that his German counterpart has dismissed as “unrealistic”.

At a joint news conference on Monday in Austria with Sigmar Gabriel, Sebastian Kurz, who is known for his anti-immigration stance, said his government was overspending on refugees in his country.

Austria, a nation of 8.5 million people, became a key transit country for hundreds of thousands of migrants and refugees entering the European Union in 2015, with tens of thousands of people requesting asylum there.

“We don’t want to pay hundreds of millions of euros in family support for foreign children a year who don’t even live in Austria,” Kurz said.

“It is unfair to pay out these sums to the same extent when the costs of living are substantially less elsewhere.”

Kurz has cited the success of the EU-Turkey deal in reducing the influx of migrants from outside Europe as something that can serve as a model for possible EU pacts with Libya and other North African countries.

Gabriel, however, suggested the comparison was flawed, arguing that the chaos and anarchy gripping Libya doomed such an agreement.

“We have a state in Turkey, whatever one’s opinion about it is,” he told reporters. “Not so in Libya.”

Gabriel also dismissed expectations that Tunisia would be able to host mass concentrations of migrants, warning that could be “destabilising” in a North Africa country that is struggling to nurture its fragile democracy.

The news conference came a day after Germany’s interior ministry said that in 2016 Germany saw an average of 10 attacks a day against refugees, migrants and their shelters.

More than 2,500 refugees in Germany were attacked last year, according to the ministry, raising fears over the safety of those who have fled war and persecution.

The attacks left at least 560 people injured, including 43 children. 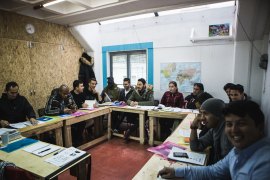 With more than 62,000 refugees unable to move on, civil society and solidarity groups fill gap where the state fails. 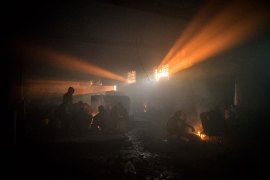 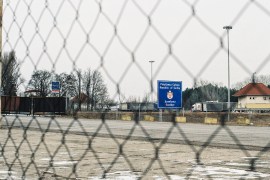 More than 6,400 refugees and migrants are stuck in Serbia due to European Union’s closed borders.