For thousands of years, parts of northwestern Europe have enjoyed temperatures as much as 5 degrees Celsius above those of similar latitudes elsewhere in the northern hemisphere.

Now, a study by a British and French team of climate scientists has challenged the previously held notion that any significant change in temperatures here was unlikely before the end of the century.

Writing in Nature Communications journal the team judged the chance of a significant change in the region as being as high as 50 percent.

They reanalysed data from 40 climate change predictions, used by the Intergovernmental Panel on Climate Change (IPCC) in 2013, which had concluded that any rapid cooling in the North Atlantic was unlikely before 2100.

An algorithm, developed by the team, was able to detect fluctuations in sea surface temperatures (SSTs). Using it, they found that seven out of 40 climate models predicted a complete shutdown in ocean convection in the Labrador Sea between Canada’s Labrador Peninsula and Greenland.

They predicted that this could result in a drop in SSTs by as much as 2 to 4C in fewer than 10 years.

The breakdown in the oceanic circulation is thought to be the result of a warming atmosphere caused by an increase in greenhouse gases during the last century.

Much of the heat energy from this process has been absorbed by the ocean, producing a significant rise in SSTs. In turn, this has enhanced the hydrological cycle, making subtropical waters saltier and subpolar waters fresher. It is this change in salinity which could result in the sudden change predicted by the team. 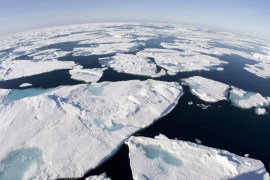 In the worst-case scenario $24 trillion worth of global financial assets might be damaged, a new study says.