Australia is failing to close the child mortality and life expectancy gap between its indigenous and non-indigenous population, with the healthcare and education divide also widening, according to a new report.

Aboriginals and Torres Strait Islanders makeup just three percent of the country’s population of 23 million people, but are among the most disadvantaged Australians.

They track near the bottom in almost every economic and social indicator and have disproportionately high rates of incarceration and suicide.

The ninth “Closing the Gap” report on Tuesday found that government and community efforts were only able to meet one of seven targets to boost health, education and employment to the level of the non-indigenous population.

Apart from lifting high school completion rates, all other targets – including child mortality, life expectancy, education and employment – were not on track, the annual report said.

Aboriginal Australians also have significantly shorter life expectancy than their fellow citizens, with a gap of 10.6 years for males and 9.5 years for females, according to figures from 2013.

The community was also battling rising mortality rates from cancer, the report found.

“None of this is new,” Al Jazeera’s Andrew Thomas, reporting from Sydney, said.

“Back in 2008, the then-government announced formal targets to close the gap between indigenous Australians and everybody else. Every year since, the government has released a report on progress, and the gist of this year’s is that there hasn’t been much,” he explained.

“Hopes and expectations are not being met.”

Speaking to parliament, Prime Minister Malcolm Turnbull acknowledged the government is missing key targets and announced a $38m investment to improve the research and evaluation of policies being rolled out to try to close the gap.

“Even with successive Commonwealth and state governments investing more resources, and even with tens of thousands of dedicated Australians seeks to contribute and engage, we are still not making enough progress,” Turnbull said.

Former Prime Minister Kevin Rudd, who made a historic apology to Aboriginal people for centuries of injustice in 2008, warned of a “second stolen generation” involving children being removed from their families under child protection laws.

The term “stolen generation” is used to describe children who were put in foster care with white families or institutions under an official policy that ended only in the early 1970s.

“We cannot simply stand back and let the numbers of indigenous children being removed grow year by year, without other options being tested within the wider indigenous community,” Rudd said Monday.

He added that the annual report was “a political disaster for the government of the day, for governments of whichever political persuasion”, The Australian newspaper reported.

Australia’s apology almost a decade ago for its mistreatment of Aboriginal Australians was supposed to herald a new era of race relations, but with progress in addressing inequality stalling, tensions between the two communities are high.

Late last month, thousands of Australians marched in protests across the country, demanding the date of the national holiday be changed.

For many Aboriginals, who trace their lineage on the island continent back 50,000 years, Australia Day on January 26 is “Invasion Day”, the anniversary of the beginning of British colonisation of their lands and their brutal subjugation. 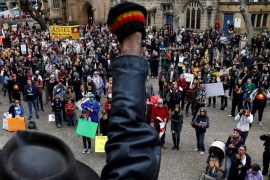 Hundreds demonstrate in major Australian cities to protest against alleged mistreatment of teens in detention centres. 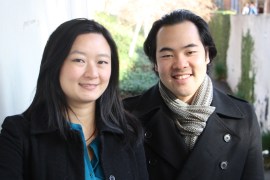 Why is Australia’s parliament so white?

As Australians prepare to elect a new federal government, we ask if it will reflect the racial diversity of the country.