At least nine people, including civilians, have been killed in eastern Ukraine as an upsurge in violence between Ukrainian troops and pro-Russia rebels has raised fears of a humanitarian disaster.

The Ukrainian army said Friday’s fatalities included a local woman and an emergency worker in the government-held town of Avdiivka, where mortar and rocket fire were exchanged between the warring sides.

Five soldiers were killed in other parts of eastern Ukraine where a pro-Russia unrest has raged since April 2014.

The rebels said that shelling by the Ukrainian army also killed two civilians in the separatists’ de facto capital of Donetsk.

AFP news agency reporters in Avdiivka said on Friday the shelling had died down considerably in the town itself, and that only sporadic echoes of mortar fire could be heard on its outskirts.

The latest reports from both sides take the death toll since Sunday in the eastern war zone to 34, a level not seen since the height of the conflict in eastern Ukraine in 2014 and 2015.

In a statement on Friday, the UN warned that both government forces and armed groups must take “all feasible measures to protect the civilian population in the areas under their control”.

“We are seriously concerned about the dire humanitarian and human rights situation of civilians in eastern Ukraine where there has been an escalation in fighting along the contact line,” the UN said.

The separatists’ sudden assault came after a month-long spell of relative calm and has sharpened the world’s focus on the bloodshed.

Negotiators from Ukraine and Russia, as well as the rebels, agreed in the Belarusian capital Minsk on Wednesday to withdraw heavy weapons from the frontline by Sunday.

The deal suggests that the Avdiivka violence may soon wane.

Ukraine and Russia have traded blame over who started the violence and who was responsible for the deaths.

Nikki Haley, the ambassador of the United States to the United Nations, on Thursday condemned Russia’s “aggressive actions” in Ukraine.

Peskov said Moscow continues “to coherently explain our own position to all members of the UN Security Council and our other partners, including the permanent representative from the United States”.

The US also said it would not lift sanctions against Russia, as many in Kiev feared it would do under US President Donald Trump, until the Kremlin returned the annexed Crimean peninsula to Ukraine. 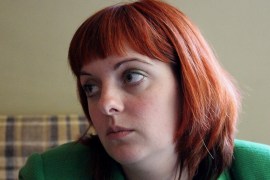 “I just need to find him. I know he is still alive somewhere.” 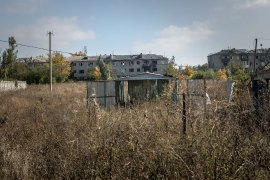 Many volunteers disapprove of their government’s handling of the war, referring to it as the Anti-Terrorist Operation.