Indigenous leaders in Canada are calling for a national strategy to combat a suicide crisis in their communities, after two 12-year-old girls committed suicide earlier this month.

Wapekeka First Nation in northern Ontario is “in a state of shock, grief, and crisis” after Jolynn Winter and Chantel Fox, both 12, died after committing suicide on January 8 and 10, respectively.

Local leaders say they discovered that several youths in the fly-in Oji-Cree community had entered into a “suicide pact” last year.

But they say that the federal government turned down their request for additional health funding to prevent the suicides.

“Our community plan was turned down by government and now two are dead,” said Joshua Frogg, a spokesman for the community, in a statement on Wednesday.

Located in northwestern Ontario, about 600 kilometres north of Thunder Bay, Wapekeka First Nation is home to about 430 residents.

“I can’t believe I had to bury my daughter. It was so hard to say goodbye,” said Sandra Fox, Chantel’s mother. “I honestly didn’t think I could survive losing Chantel.”

Since the girls’ deaths, four other local children were flown out of the community – it is not accessible by road – to be placed on 24-hour suicide watch, while 24 others have been identified as high risk for suicide.

“Every community member is deeply affected. These children could be alive today and their deaths preventable,” Frogg said.

Health Canada did not immediately return Al Jazeera’s request for comment on Thursday.

Earlier this week, a Health Canada official told CBC News that the agency had received a funding proposal from Wapekeka in September, but it was dated for July 18.

That was an “awkward time” in the government’s funding cycle, said Keith Conn, the regional executive for Ontario with the First Nation and Inuit Health Branch of Health Canada, and all the money had already been allocated.

“We just didn’t have the funding to support the programme,” he told CBC News. “We don’t have necessarily a flexible fund that we hold back for different projects.”

First Nations leaders condemned that response, and have since called on the federal government to develop a national strategy to combat the suicide crisis.

Fiddler said more than 500 people have died from suicide in NAN territory since the late 1980s. “This is not new,” he said during an emotional press conference in Ottawa Thursday morning.

Suicide is also five to six times more likely among First Nations youths aged 15 to 24 than non-Aboriginal youth in Canada.

“How many more families, friends and communities are going to go through this?” said Jonathan Solomon, grand chief of the Mushkegowuk Council, which represents seven First Nations in northern Ontario, including Attawapiskat First Nation.

Attawapiskat declared a state of emergency in April 2016 after 11 people tried to kill themselves in a single night, and more than 100 suicide attempts were recorded in a seven-month period.

“Our frontline workers are burned out. Our communities are tired. Yes, the government may announce initiatives, but sadly they are dragging their feet while we continue to bury our loved ones. Certainly, actions would speak louder than words,” Solomon said.

The Public Health Agency of Canada published a federal framework for suicide prevention in November 2016.

“But a framework is a hollow substitute for a strategy,” the Centre for Suicide Prevention, an arm of the Canadian Mental Health Association, said in a recent position paper.

“It does not identify the necessary jurisdictional mandates or resources; responsibilities are not defined in a clear way, and there are no definitive timelines. Simply put, a framework does not have the sheer weight or power of an official strategy,” the group said. 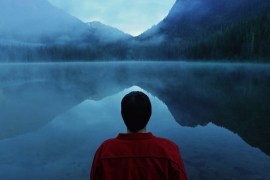 Suicide and self-inflicted injuries are the leading causes of death among First Nations youth and adults. 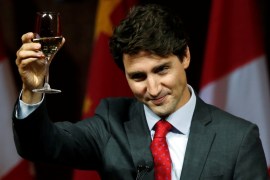 Could Canada be cashing in its reputation as a defender of human rights to score international trade?