The Fatah-dominated Palestinian Authority has agreed to form a unity government with rival organisation Hamas, Al Jazeera has learned.

The agreement was reached late on Tuesday after a three-day negotiation in the Russian capital, Moscow.

The two organisations will form a new National Council, which will include Palestinians in exile and hold elections.

“Today the conditions for [such an initiative] are better than ever,” Azzam al-Ahmad, a senior Fatah official, said.

The deal also includes the Islamic Jihad group, which had not been involved in negotiations for a long time.

Palestinian leader Mahmoud Abbas’ Fatah party and Hamas have been at loggerheads since the latter seized Gaza in a near civil war in 2007, after it won the 2006 legislative elections.

Last year the Palestinian government postponed the first municipal polls in the occupied West Bank and Gaza Strip in 10 years after the high court ruled they should be held only in the Fatah-run West Bank.

The last time the Palestinians staged elections in which both Hamas and Fatah took part was in 2006.

The Palestinian representatives also met on Monday with Russian Foreign Minister Sergey Lavrov, and asked him to dissuade incoming US President Donald Trump from carrying out a campaign pledge to move the US embassy in Israel from Tel Aviv to Jerusalem.

In an interview with Al Jazeera, Khaled Elgindy, a senior Brookings Institute fellow and former adviser on peace negotiations, said it is still not clear how different the latest agreement is to previous deals.

Elgindy said the “most important factor” prompting the unity agreement is the leadership change in Washington DC.

“President Abbas may be looking to shore up his domestic position, and to insulate himself from what he sees maybe as a very hostile administration coming into Washington,” he said.

Al Jazeera’s Natasha Ghoneim, reporting from Moscow, said the agreement in Russia signals the Palestinians “looking away” from the United States, which has been involved in the peace process for decades.

Meanwhile, a Palestinian leader who is close to Hamas leadership told Al Jazeera that “things are far from clear or final yet”.

“In principle, all of the Palestinian factions have agreed to form a national unity government, including Hamas, and to establish a new Palestinian National Council. But Abbas has yet to make a decision that will take concrete steps in that direction.”

“Abbas will also have to consider the position of the regional Arab powers who might cast a veto on the whole thing because of their animosity toward Hamas.” 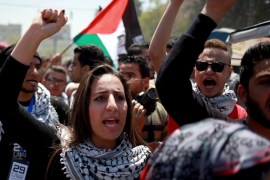 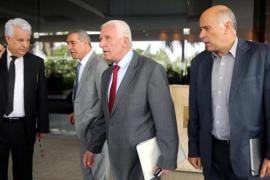 Hamas and Fatah reach accord on unity cabinet