Britain’s Supreme Court has rejected a government attempt to stop a former Libyan rebel commander from suing UK officials for their alleged role in his kidnap and rendition.

The decision on Tuesday paves the way for Abdul Hakim Belhadj to take legal action against the then-UK foreign secretary, Jack Straw, and officials from Britain’s Secret Intelligence Service, also known as MI6.

“No free man shall be taken, or imprisoned, or dispossessed, of his … liberties … or be outlawed, or exiled, or in anyway destroyed,” the cited text read.

Belhadj says he and his family were kidnapped in the Malaysian capital Kuala Lumpur in 2004 by CIA agents and then transferred to a “black site” in Thailand’s Bangkok before being transferred to Libya, then ruled by Muammar Gaddafi.

Britain’s MI6 is believed to have been involved in the kidnapping and provided the intelligence necessary for the operation to take place.

The incident occurred during a rapprochement between Western states and Libya, which had until then been considered a pariah state by the US and the UK.

Belhadj, who was accused by Gaddafi of being involved in armed groups, spent several years in a Libyan prison before he was freed as part of an amnesty deal in 2010.

Belhadj took up arms the following year as part of a popular uprising, backed by Western powers, that overthrew Gaddafi in 2011.

Information about the British role in Belhadj’s kidnapping came to light when Gaddafi’s intelligence service offices were ransacked by the rebels.

Responding to the judgement, Straw said the accusations of his involvement were yet to be proven in court.

“This judgment is about some important points of law, related to how far it is possible to bring into a court process in the UK actions of sovereign states abroad,” he said.

“However, at no stage so far have the merits of the applicant’s case been tested before any court. That can only happen when the trial of the action itself takes place.”

Straw said that as “foreign secretary I acted at all times in a manner which was fully consistent with my legal duties, and with national and international law.

“I was never in any way complicit in the unlawful rendition or detention of anyone by other states.”

Belhadj, who is now a politician, has offered to drop the case for symbolic compensation of one pound ($1.20) and a formal apology from the British government.

“The government bought years of delay by wasting hundreds of thousands of pounds on this appeal, when a simple apology would have closed the case,” said Cori Crider, a lawyer for Reprieve, an advocacy group that represents victims of the US rendition programme.

“Theresa May [the UK prime minister] should apologise to this family, draw a line in the sand against torture, and restore British honour once and for all.”

Hundreds of people suspected by the US government of being involved in “terrorism” were kidnapped and imprisoned in black sites across the world, in a programme commonly known as extraordinary rendition.

Targets would be kidnapped by intelligence officers and taken to sites in the Middle East, Eastern Europe and Southeast Asia, among others.

On several occasions, the US is known to have kidnapped people who have later been proven innocent.

In 2007, the Canadian government paid $10m in compensation to its citizen, Maher Arar, to settle a legal suit over its involvement in his rendition to Syria by US agents.

An Italian court issued an extradition order for 23 CIA officers in 2012 for their alleged role in the kidnapping of an Egyptian imam in Milan. 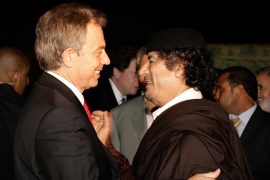 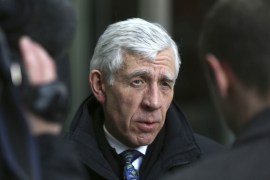