Lawyers for former Chadian president Hissene Habre have filed an appeal against his conviction for crimes against humanity, marking the final stage in a case pursued by victims for more than 15 years.

In May, the Extraordinary African Chambers (EAC) in Senegal’s capital, Dakar, sentenced Habre to life in prison after founding him guilty of rape, sexual slavery and ordering mass killings during his time in power between 1982 and 1990.

Two months later, the special court, which was set up by the African Union and Senegal, also ordered him to pay tens of millions of dollars in compensation to victims.

The hearing in the EAC opened on Monday and the arguments are expected to last several days. A final decision will be made by the end of April, when the court’s mandate ends.

Habre has said he does not recognise the court’s authority, and his defence lawyers refused to appear during the trial.

Court-appointed lawyers, however, represented him and appealed the conviction, alleging that one of the trial court judges should not have been appointed given his background as a prosecutor, and that there were several errors of fact and law.

The newly appointed president of the chambers for the appeal, Judge Ougadeye Wafi, said on Monday that the court would allow a request by Habre not to appear during the appeal hearings.

The victims’ lawyers also have appealed, calling for the creation of a trust fund for the victims.

“Habre’s conviction was based on strong evidence, including the files of his own political police, documents in his own handwriting, testimony from those who received his orders, witnesses whom he personally sent to prison, and a woman whom he raped,” said international rights lawyer Reed Brody, a member of the International Commission of Jurists who has worked with Habre’s victims since 1999.

“The appeals court now needs to make sure that a system is put in place so that Habre’s assets can be located, seized and transferred to his victims to compensate them for what they have suffered,” Brody said. 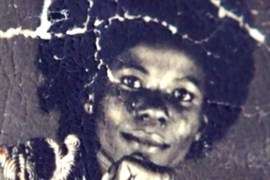 The prophecy of Hissene Habre’s victim is fulfilled. 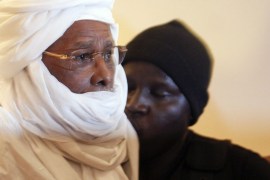 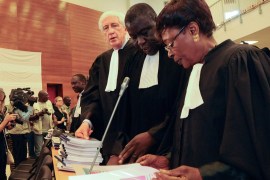