The United Nations has warned that sabotaging water supplies is a war crime after the main source for Syria’s capital was cut, leaving millions of people facing shortages.

Water supplies from the rebel-held Wadi Barada valley near Damascus have been severed since December 22 with the government and rebels trading blame.

Jan Egeland, head of a UN-backed humanitarian task force for Syria, said on Thursday that the shutdown already had “dramatic” consequences.

Water supply from Wadi Barada to 5,5 million in Damascus has been cut since Dec 22 with dramatic consequences. UN need access to do repairs.

“To sabotage and deny water is of course a war crime, because it is civilians who drink it and civilians who will be affected by waterborne diseases” if supplies are not restored, he told reporters in Geneva.

The UN Office for the Coordination Humanitarian Affairs has said that water supplies were cut off because “infrastructure was deliberately targeted and damaged” – without saying who was responsible.

The government has accused rebels of polluting the springs with diesel, while the opposition says government bombing destroyed the village’s water plant.

The Syrian army and its allies pressed ahead on Friday with a two-week-long offensive to seize the strategic valley, in spite a ceasefire in place since last week.

Aerial bombing and shelling from the army as well as Hezbollah fighters stationed in the mountains that overlook the valley on the northwestern edge of the capital have intensified in the past 48 hours.

The Reuters news agency cited residents and rebels saying scores of fighter jets pounded the area around the Ain al-Fija springs and the villages of Baseimah, Kafr Zayt, and al-Husseineh, which form part of a cluster of 10 villages controlled by rebels in the Wadi Barada  region.

Fighters there rejected a government offer to leave the area for the rebel-held province of Idlib in northern Syria. Similar deals have led rebels to yield swaths of territory, including in the city of Aleppo

The military offensive has strained a ceasefire agreement brokered by Russia and Turkey aimed at bringing about Syrian peace talks in Kazakhstan later this month.

The opposition has warned that unless the Syrian army halts its attacks it would consider any truce “null and void”. They have also suspended any discussion on participating in the forthcoming peace talks unless Russia puts pressure on the government and its Tehran-backed allies to abort the offensive.

The government says forces in Wadi Barada include Jabhat Fateh al-Sham, previously known as the al-Qaeda-linked al-Nusra Front, which Moscow and Damascus say is excluded from the ceasefire.

Rebels deny the group is in the area.

The rupture of water supplies from the springs has caused severe shortages after the pumping station of Ain al-Fija – that supplied about 70 percent of the capital’s water needs – was damaged.

Prices of bottled water and trucked water supplied by private traders to residential homes has tripled, residents of the capital say, with a black market now thriving.

The government of Syrian President Bashar al-Assad has also brought in supplies from other provinces by tanker to cover some of the shortfall in the capital and pumped extra water from underground wells.

The civilian population in the valley is estimated by the United Nations to number about 45,000, but civic groups say the total is double that, with their plight worsening daily under heavy shelling and shortages of food and medicine.

Dozens of homes have been hit by the bombing campaign.

Only 1,200 families have so far left to a government-run shelter in the nearby town of Rawda, the UN said.

“We hope in a few days water will return back to the capital after the army takes back Ain al-Fija. The army is advancing and … we expect good news,” Alaa Munir Ibrahim, a governor in the Damascus suburbs, told state media. 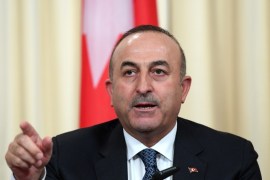 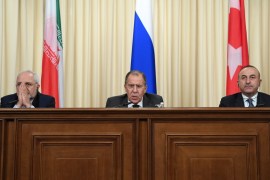