An Indian minister has come under fire for suggesting the “Western” way women dress was the cause of a series of alleged sex assaults on the streets of Bangalore on New Year’s Eve.

Witnesses, including journalists from Bangalore Mirror, said they saw “mass molestations” of women during celebrations in the city centre.

“They try to copy westerners not only in mindset but even the dressing … some girls are harassed, these kinds of things do happen.”

Police have not yet charged anyone in connection with the alleged assaults, but are searching through CCTV footage with hopes to identify the attackers. The Bangalore Mirror published a series of photos that show chaotic scenes from the night. One journalist narrated her experience in a Facebook post that has been circulated widely.

The police have claimed that they did not receive a single case of molestation or harassment.

Malini Krishnamoorthy, a senior Bangalore police officer, has urged the public to come forward if they possess evidence in “any form”.

Lalitha Kumaramangalam, head of India’s national commission for women, told local news that Parameshwara should apologise to the victims and step down as minister.

She questioned when Indian men will start to “respect women”.

“I want to ask this minister: are Indian men so pathetic and weak that when they see a woman in Western clothes on a day of revelry, they get out of control?”, she said.

Sexual violence against women in India rose to the forefront internationally following the death of a young woman who was gang-raped on a bus in New Delhi in December 2012.

In recent years, and after a wave of national protests, legislators have worked to implement anti-rape laws to protect women and children alike. 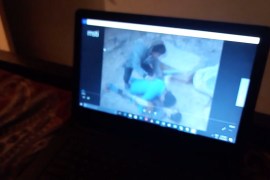 India makes no arrests in connection with rape videos

Police have not taken action since Al Jazeera revealed that videos of women and girls being raped are on sale.