The Pakistan army has dismissed claims that India’s military conducted “surgical strikes” against “terrorist units” on its side of the border in Kashmir region.

Pakistan rejected the claims as an “illusion” but acknowledged the loss of two of its soldiers in the exchange of fire that also wounded nine others on Thursday.

“There had been cross border fire initiated and conducted by India which is [an] existential phenomenon,” said an Inter-Services Public Relations statement released shortly after the Indian director-general of military operations held a press conference making claims about surgical strikes.

Tension remains high between the neighbours following the killing of 18 Indian soldiers in Indian-administered Kashmir nearly two weeks ago.

Narendra Modi, the Indian prime minister, had given warning that those responsible for the attack on an army base in Uri, near the Line of Control, on September 18 “would not go unpunished”.

In a statement on Thursday, Nawaz Sharif, Pakistan’s prime minister, “strongly condemned the unprovoked and naked aggression of Indian forces” and pledged that the military was capable of thwarting “any evil design to undermine the sovereignty of Pakistan”.

Lieutenant-General Ranbir Singh, the Indian director-general of military operations, said the “surgical strikes” were launched following “very specific and credible information that some terrorist units had positioned themselves to infiltrate”.

“Significant casualties have been caused to these terrorists and those who are trying to support them,” Singh said.

He said he had called his Pakistani counterpart to inform him of the operation.

“Some terrorist teams had positioned themselves at launch pads along the Line of Control,” Singh said.

There were unconfirmed reports on Thursday that Pakistan had captured an Indian soldier on its side of the Kashmir border.

Two officials based in Pakistan’s Chamb sector said the Indian soldier with weapons was captured at 13:30 local time (10:30 GMT) on Thursday but no official confirmation was made by either country.

Maleeha Lodhi, Pakistan’s ambassador to the United Nations, told Al Jazeera that India was trying to “provoke crisis with Pakistan” in an attempt to divert attention from the Kashmir issue.

“My country has exercised maximum restraint in the face of what happened in the early hours of Thursday.”

She confirmed that an Indian soldier, trying to cross the border, was captured by Pakistan.

“We think [India’s action] is hugely irresponsible and we think the international community should urge restraint upon India,” Lodhi said.

Earlier, Sreeram Chaulia, of the Jindal School of International Affairs in New Delhi, said there was a sense of satisfaction in India following the cross-border strikes.

“A lot of people here are elated in many ways that Prime Minister Narendra Modi has authorised this kind of bold action,” he told Al Jazeera.

“India has been accused of being soft and unable to respond, but for the first time we’re seeing a bolder initiative from the government and the military.”

Saifullah, a resident of the border town where the Indian strike took place, told Al Jazeera that locals were frightened when the shooting started.

“While there was a lot of fear and unease, things have settled down now,” he said.

“You see cars on the road and a bit of calm on people’s faces. Shops are also open and businesses are running as normal now.”

For its part, the UN has urged both countries to exercise restraint.

“The United Nations calls on the government of India and Pakistan to exercise restraint and encourage them to continue their efforts to resolve their differences peacefully and through dialogue,” said Stephane Dujarric, UN spokesman.

Tensions had already been high in Kashmir valley since the Indian army killed a young Kashmiri separatist commander in a gun battle in early July, setting off a series of protests that have left more than 80 people dead and thousands injured. 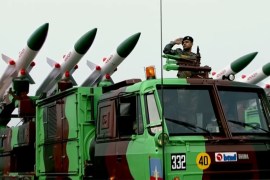 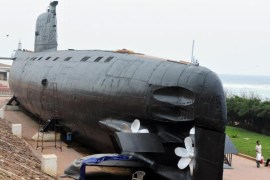