It is this year’s fifth Atlantic hurricane, but it looks set to become the most damaging so far.

Hurricane Matthew, the 13th named storm of the season, is likely to strengthen as it approaches Jamaica, Cuba and Haiti.

As of Friday morning, the storm was located about 220km to the north of Curacao. A tropical storm watch is in force for the so-called “ABC islands” (Aruba, Bonaire and Curacao) located in the southern Caribbean.

Matthew is not expected to make landfall in South America, but its large circulation has prompted some concerns around the coastal fringes of Colombia and Venezuela.

Matthew is currently packing winds of around 160 kilometres an hour, making it a Category 2 storm. Strengthening is forecast throughout the weekend and the system is likely to be upgraded to a Category 3 within the next 48 hours.

Matthew left one person dead in St Vincent on its passage into the Caribbean. The hurricane now poses a threat to the Greater Antilles.

There is some uncertainty as to the forecast track of the storm, and the big question is how far Matthew will get before turning right and heading north.

Meanwhile Jamaica, Cuba, Haiti and the Dominican Republic are all watching closely.

This is a large storm and could lead to torrential rains and life-threatening floods and mudslides along its path into the northern Caribbean.

Matthew is moving very slowly so any rain it brings is tending to linger long and be steady.

Uncertainty increases on the storm’s likely track beyond the Greater Antilles. The Bahamas will be watching closely. There is also a potential threat to the US East Coast around this time next week. 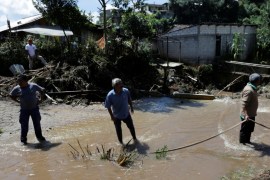 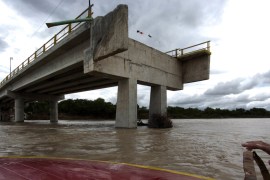