Turkey’s security forces killed or wounded more than 100 Kurdish fighters from the Kurdistan Workers Party (PKK) on Saturday, according to the Turkish military.

The figure is one of the highest casualty tolls in a single day of the conflict in recent years. Turkey’s predominantly Kurdish southeast has been rocked by waves of violence since the 2015 collapse of ceasefire between the state and the PKK.

The military said in a statement that more than 100 PKK fighters had been “neutralised”, without detailing how many were killed and how many were wounded. It said that most had been taken back to northern Iraq where the PKK has mountain camps. 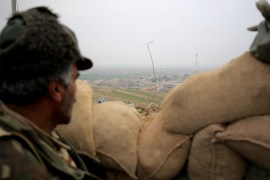 Turkey: PKK fighters killed in attempt to storm base