Forces loyal to Libya’s UN-backed government have said they pushed into the last holdouts of the Islamic State of Iraq and the Levant (ISIL) in Sirte, as part of an offensive to retake the coastal city from the armed group’s fighters.

“The fighting has begun. We are attacking the last Daesh positions in district three,” a fighter loyal to the UN-backed Government of National Accord (GNA), told AFP news agency on Saturday, using an Arabic acronym for ISIL.

Ten members of the pro-GNA forces were killed and 60 wounded in Saturday’s clashes, medical sources in Misrata, a city half-way between the Sirte and the Libyan capital of Tripoli, told AFP.

Backed by weeks of US air strikes, fighters loyal to the GNA say they have recaptured nearly all of what has been ISIL’s main stronghold in the city.

In updates posted online, the fighters said they had seized several buildings between Sirte’s Number One and Number Three neighbourhoods, and had destroyed an ISIL car bomb before it could reach its target.

Losing Sirte, the birth place of Libya’s overthrown leader Muammar Gaddafi, would be a major blow for ISIL, which has been using it as an important base for Libyan and foreign fighters.

The armed group seized the city last year and controlled about 250km of the country’s Mediterranean coastline before forces aligned to the GNA began operations against it in mid-May.

As of August 24, US warplanes had carried out a total of 82 strikes, according to the United States Africa Command. 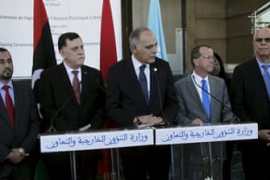 Vote by parliament in Tobruk is major setback for Government of National Accord in Tripoli. 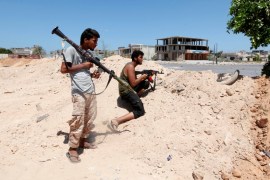